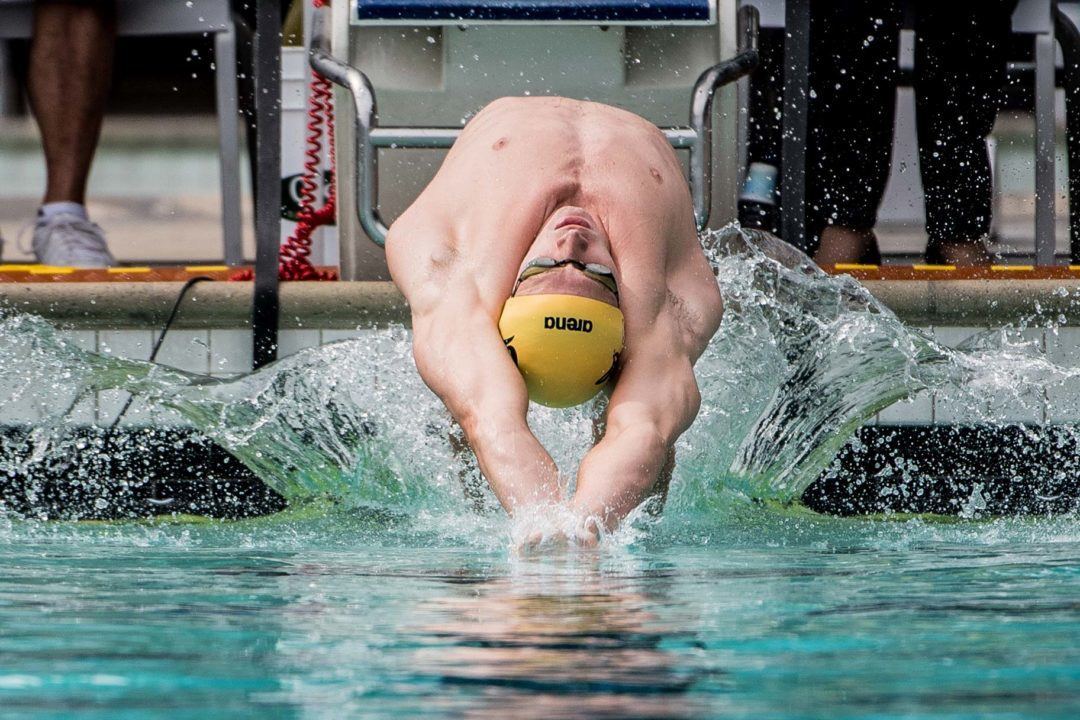 It was a swim in Santa Clara four years ago this week that started Ryan Murphy's launch to the top of the world in men's backstroke. Archive photo via Mike Lewis/Ola Vista Photography

In the spring of 2016, Ryan Murphy looked like the future of American backstroke – but it was a swim four years ago this week that started his launch to the top of the world.

As of June 2016, Murphy was coming off of a massive junior year explosion in the NCAA and its short course yards format. Murphy had smashed NCAA, American, and U.S. Open records in both the 100-yard and 200-yard backstrokes.

In that same meet, Murphy led off the mixed medley relay, included in the Worlds program for the first time ever. Murphy blasted a 52.18 in that swim – his best by almost a full second.

Mixed relay leadoff don’t count for world records, in part because the potential for either open water out in front or the ability to draft from behind the leaders make the environment different from a typical individual race. How much different? It was hard to know at the time. The mixed relays were brand new. Should Team USA count on a 52-low leg from Murphy moving forward? Or did the disparity between a 52.1 on the mixed relay and a 53.0 in the men’s relay suggest that Murphy should be projected more in the 53-low range?

Here’s where we reach June of 2016, when Murphy swam the Santa Clara stop of the Pro Swim Series. It was a much-hyped showdown between Murphy and the reigning World Championships gold medalist from the summer before, Australia’s Mitch Larkin.

Swimming at an in-season meet and with a full taper and shave clearly saved for U.S. Olympic Trials a few weeks later, Murphy uncorked a 52.76, besting Larkin by six tenths of a second. That was Murphy’s lifetime-best outside of the mixed relay leadoff the year before.

And sticking to his roots as a standout relay swimmer, Murphy broke the world record with a 51.85 leading off the U.S. men’s medley relay in Rio, claiming his third gold medal of those Games.

I’ve followed Murphy for years and was so happy to see him peak at the Olympics. All of these are such great swims. I wish him all the best in the future.