Alex Liang to Head Across the Street to The Farm; Verbals to Stanford 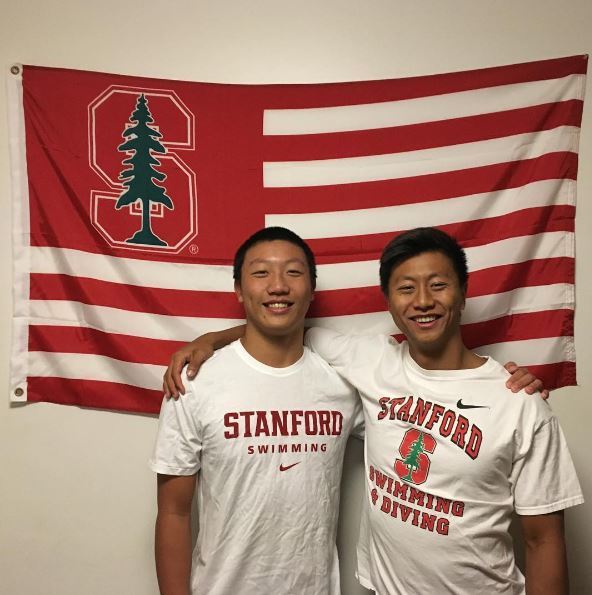 Alex Liang (left) will join his brother, Andrew Liang (right), on the Stanford men's swimming and diving team beginning in the fall of 2017. Current photo via Alex Liang on Instagram

Vying for the least surprising verbal commitment of the season, Palo Alto High School senior Alex Liang has made a pledge to Leland Stanford Junior University for the 2017-18 season. Liang’s older brother, Andrew (pictured above on the right), is currently a sophomore on the Stanford men’s team so the brothers will have two years of overlap. Moreover, the Liangs have swum for Palo Alto Stanford Aquatics forever, and their high school is literally across the street from the Stanford campus. All factors that, to outside observers, seemingly made this decision a no-brainer.

Liang is the #14 swimmer on our top 20 list of boys from the high school class of 2017. With his verbal commitment, Stanford now claims 3 of the top 20 recruits (#3 Matthew Hirschberger and #13 Brennan Pastorek, in addition to Liang), becoming the first team to do so on the men’s side. This is turning out to be quite a recruiting class for the Cardinal (who also received verbal commitments from Glen Cowand and Alberto Mestre); over the last several seasons the men had lagged the women in attracting top names.

Welcome to the Farm, Alex!