Sam Medlin of YOTA Verbally Commits to University of Houston 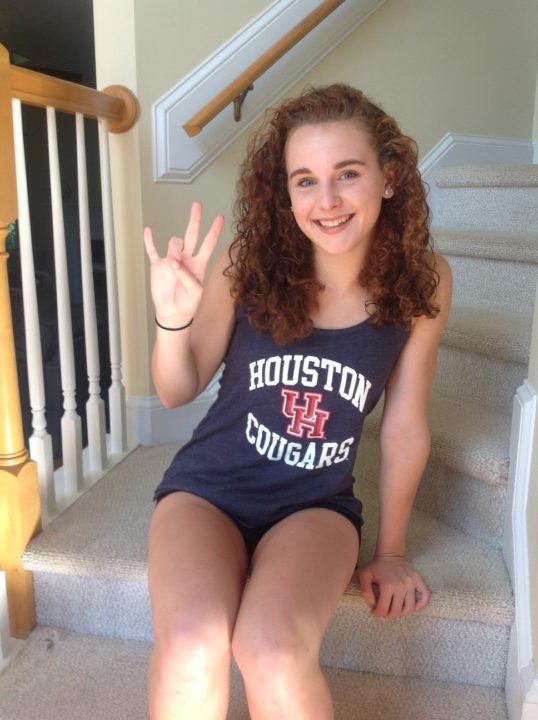 Mid-distance freestyler Sam Medlin has given her verbal commitment to the University of Houston for 2017-18. Current photo via Chad Onken

Mid-distance freestyler Sam Medlin has given her verbal commitment to the University of Houston, and will begin swimming there in the 2017-18 season. Medlin is a senior at Green Hope High School in Cary, North Carolina. At the 2016 NCHAA 4A State Championships she helped to earn the GHHS women second place overall by scoring second in the 200 free (1:50.02) and third in the 100 free (51.71). She also contributed to the third-place 200 free relay and second-place 400 free relay. Medlin was named Green Hope’s MVP for her efforts.

Medlin swims for the year-round team YMCA of the Triangle Area Swim Team (aka YOTA) under coach Chad Onken. She achieved a Winter Juniors cut in the 200 freestyle as well as many other personal bests throughout her junior year. Medlin finaled in the 200 free at the 2016 YMCA Short Course Nationals, and contributed to the 200, 400, and 800 free relays.

Medlin will add strength to the Cougars’ lineup when she begins next fall. Her best times would have scored in the A-finals in the 200 free and B-finals in the 100 free at the American Athletic Conference Championships last year.

“The University of Houston felt like home to me, and the team and coaching staff felt like family. I can’t wait to join the Cougar family and swim under Coach Ryan and Coach Hannah nest year. Go Coogs!”

Medlin will join Houston with the following verbal commits to the class of 2021: