Quakers Get A Treble: Thomas, McCaghren, and Snyder all Verbal to Penn 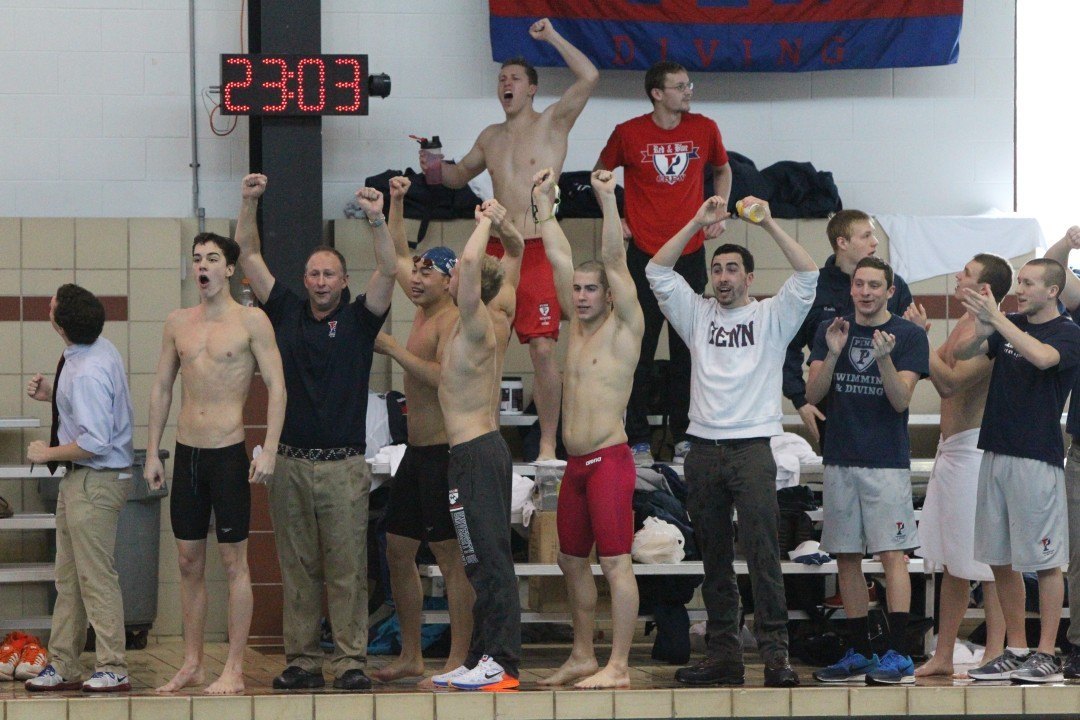 Will Thomas of Austin, Texas, Jack McCaghren of Memphis, Tennessee, and Luke Snyder of West Deptford, New Jersey have all verbally committed to the application process at the University of Pennsylvania.*

Photo courtesy of Will Thomas

Thomas is a senior at Westlake High School in Austin, Texas. He swims for Lost Creek Aquatics and specializes in distance freestyle. His older brother, Wes, currently a senior at Penn, was 8th in the 200 breast, 11th in the 100 breast, and 14th in the 1000 free at last year’s Ivy League Men’s Championships. The two brothers will just miss overlapping.

“I am beyond blessed to announce my commitment to the University of Pennsylvania! I chose UPenn because of the fantastic combination of world class academics and athletic prowess. All the guys on the team made me feel welcome and the coaching staff did the same. I can’t wait to get up to Philly next year and be a Quaker!”

Snyder swims for Saint Augustine Prep in Richland, New Jersey, as well as the Jersey Wahoos. He specializes in mid-distance freestyle. He is the reigning New Jersey State champion in the 200 freestyle, and he broke the school record when he won the event at the Meet of Champions with 1:40.68.

“I’m so excited to be attending the University of Pennsylvania next year! I felt immediately at home when I stepped on campus and met the team. Everyone there is so supportive and pushes you to be the best you can. Go Quakers!”

Snyder is a local, having grown up in southern New Jersey. He told SwimSwam, “With [Penn] being right across the river, I know how amazing the academics and athletics are there!” Moreover, he has grown up with the “three McHugh brothers (Brendan, Dylan, and Colin) all who have gone to the University of Pennsylvania for swimming as well.” [sic] All of these factors went into his decision.