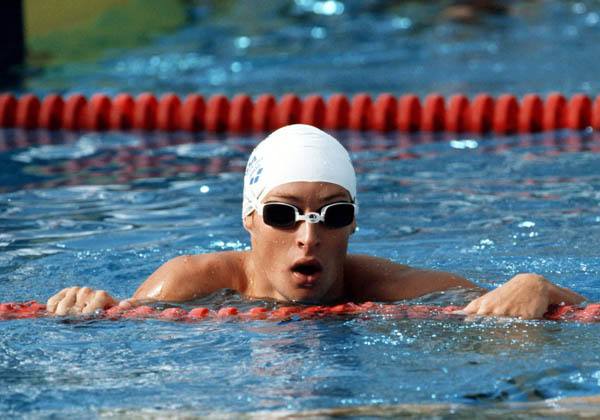 On Sunday Alex Baumann announced his retirement from High Performance Sport New Zealand. Baumann has been the Chief Executive for... Archive photo via Ted Grant

On Sunday Alex Baumann announced his retirement from High Performance Sport New Zealand. Baumann has been the Chief Executive for High Performance Sport New Zealand since February 2012. Being a two-time Male Swimmer of the Year, Baumann is a Canadian Swimming Hero having set 38 National records and two world records in the 200 and 400m IM. Baumann also won two gold medals at the 1984 Olympics ending a 72-year gold medal drought for Canada.

Prior to moving to New Zealand, Baumann was the CEO of Canada’s Own the Podium program.  Own the Podium is a not-for-profit organization created to prepare Canadian athletes to reach medal finishes at Olympic Games. The program has been successful in divvying training funds to athletes with medal potential.  In 2011 Baumann left Canada and Own the Podium because of health reasons.

Baumann was the head of HPSNZ for 6 years and on Sunday he announced he is stepping down for family reasons.  His children, Canadian olympian Ashton Baumann and Canadian national team member Tabitha Baumann, live in Australia and he said he wants to live closer to them. Baumann has been a part of High Performance Sport New Zealand since its inception and is leaving it in a good position for future success.

Man Alex Baumann was good, I remember reading of his exploits as a boy.

Alex will be missed.