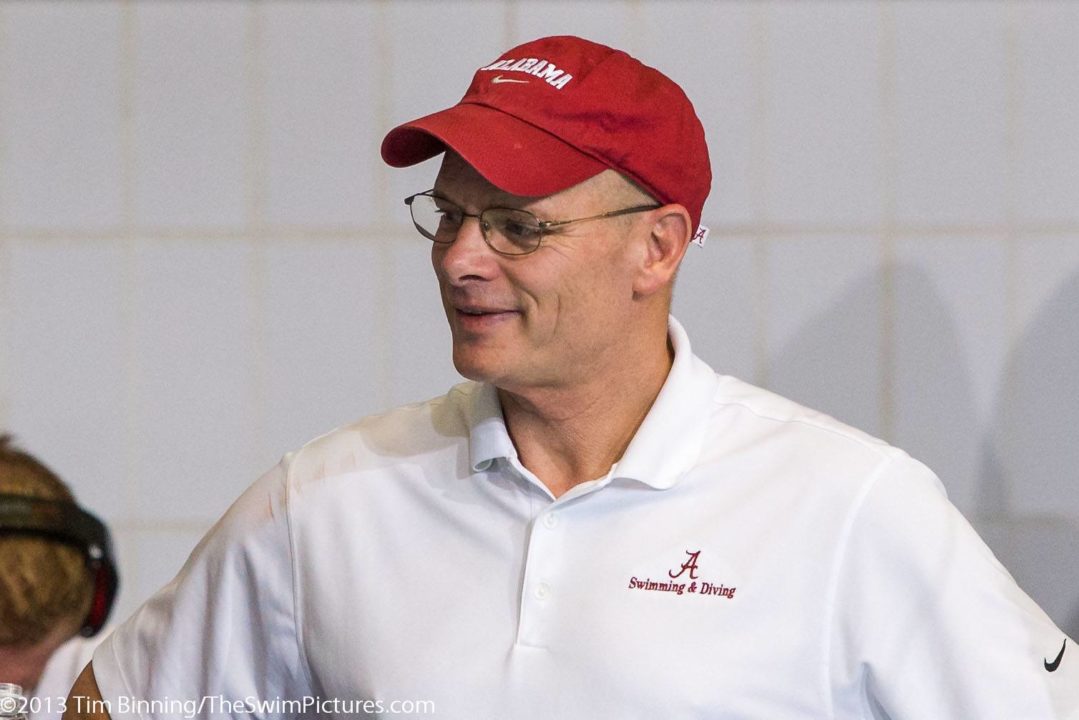 The Alabama Swimming and Diving team will celebrate its record-smashing 2014 season Wednesday, April 16 at 2 p.m. on the deck of the Don Gambril Olympic Pool at the Alabama Aquatic Center. Archive photo via Tim Binning/TheSwimPictures.com

The following is a press release courtesy of Alabama Swimming and Diving:

TUSCALOOSA, Ala. – The Alabama Swimming and Diving team will celebrate its record-smashing 2014 season Wednesday, April 16 at 2 p.m. on the deck of the Don Gambril Olympic Pool at the Alabama Aquatic Center. During the season that just finished, Crimson Tide swimmers and divers broke 21 school records, many of them several times, while making significant strides in both Southeastern Conference and NCAA team standings.

During Wednesday’s on-deck celebration, each of the 21 new school marks will be added to the Crimson Tide’s record board, including eight of the 10 relay marks and 13 individual marks. Head coach Dennis Pursley and select student-athletes will be available for interviews prior to the celebration and immediately following.