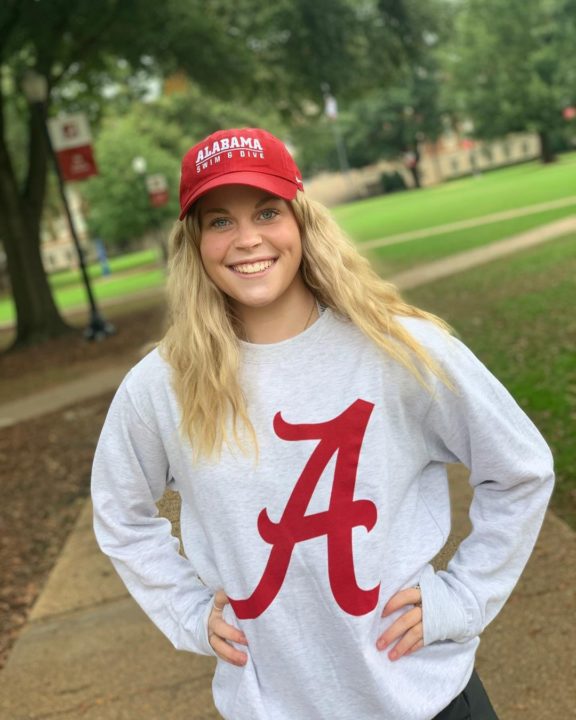 Several swimmers from the Rockwall Aquatic Center of Excellence posted fast performances last weekend at the team’s meet, highlighted by Junior Nationals finalist and Alabama class of 2022 commit Laci Black, who swam best times in a total of 7 events, setting team records in 3 of them.

The 16 year-old Black opened her weekend by claiming victory and posting a best time in the 200 IM on Friday. Her time of 2:01.43 chopped over 3 seconds off of her previous best from last March and knocked over a second off of the team record (2:03.25) set by Macey Johnson in 2015. Black returned to the pool shortly afterward to also win the 500 freestyle, setting another best time by over 6 seconds, touching in 4:46.40. Her time also obliterated the team record of 4:52.05 held by Rebecca Johnson.

Black was not finished, coming back on Saturday to throw down even more impressive swims in the 200 free, 100 fly, and 400 IM. She began by winning the 200 freestyle by 4 seconds, finishing in 1:49.52 to chop about a second off of her best and set her third team record in as many swims. Black’s time sliced .2 off of Emma Hultquist‘s old record of 1:49.72. Black then entered the 100 butterfly, where she once again dropped about a second to touch in a time of 56.18. In the 100 fly, she also got legal-split on the 50 fly, touching in 26.80 to post another best time.