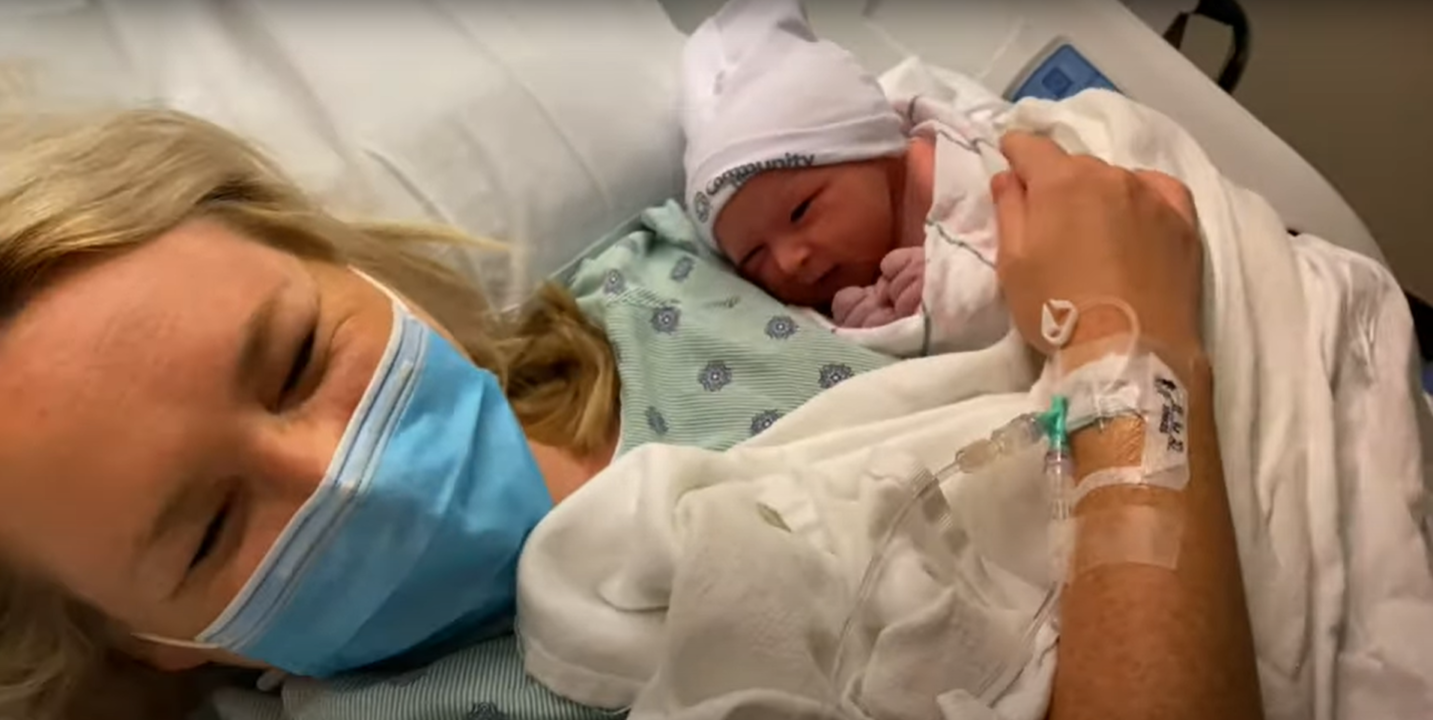 Olympic gold medalist, Olympic bronze medalist, and the world’s most popular swimming vlogger Cody Miller and his wife Ali have given birth to their first child, Axel Zeke Miller.

True to form, and for the benefit of his massive internet audience, Cody on Tuesday has already released a vlog documenting Axel’s first 12 hours.

The baby arrived just days after Miller swam at the US Open in Indianapolis. There, in his primary event, the 100 breaststroke, he swam 59.65 in long course meters. That was the fastest time at the Indianapolis site and 2nd-fastest overall across all sites, just .07 behind Andrew Wilson.

Miller won an Olympic gold medal as part of the American 400 medley relay at the 2016 Rio Olympics, to which he added an individual bronze in the 100 breaststroke. He also has two World Championship gold medals as part of relays.

He and his wife Ali, then Ali DeWitt, met while DeWitt was working as a volunteer assistant with the Indiana Hoosiers and Cody Miller was training there as a college senior.

Miller has built his fame with one of the most popular social media channels dedicated to swimming via his YouTube account, which has 148,000 subscribers.

Hopefully Axel gives Cody the same dad energy that Grevers and Phelps got. We need an entirely dad version of a medley relay – they’d be unbeatable

Dressel needs to get busy!

Dad relay for prelims Matt Grevers, Miller, Lochte (?), Adrian – everyone can be home by 5 😀

(Can’t think of another Dad for fly at the moment).

You’re forgetting morning finals in Tokyo! Let the youngsters swim the heats, save the dad energy for the finals.

The GOAT himself will unretire for this historic occasion to swim the fly leg.

Exactly, throw the babies in the water for prelims and also hope for a new NAG record for ages 2 and under.

Congrats to Ali and Cody! I know we’ve all been waiting for this, glad to know that it went smoothly. He’s got dad strength now.