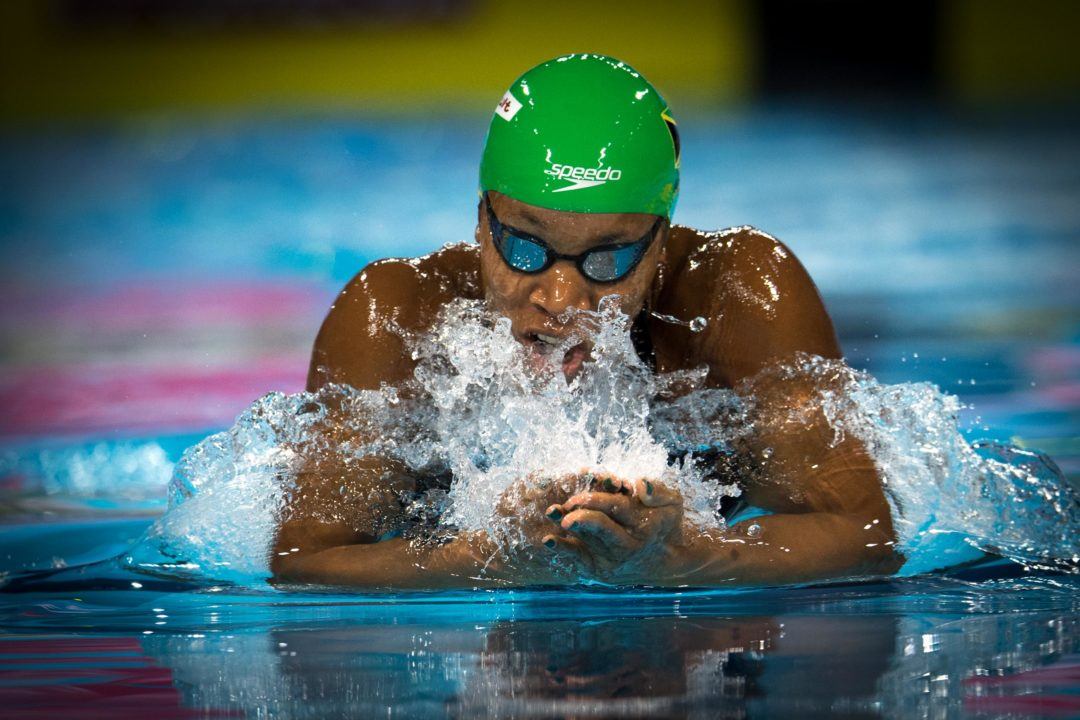 While high school swimmers dominated the run on Saturday, Olympian Alia Atkinson did pick up a Meet Record in the 50 breaststroke. Archive photo via Mike Lewis/Ola Vista Photography

Three of the night’s 12 individual events were won by athletes who had not yet received college training, while several other high school athletes scored highly across the night’s events. Gator’s 16-year old backstroker, Caitlin Brooks, collected a US Open cut after winning the 100 backstroke with a 1:02.21. That’s her lifetime best by over a second.

The youngest winner on the night, and over the meet as a whole, was 15-year old Emma Weyant of Sarasota YMCA Sharks in the women’s 200 IM. After turning second at the 150 mark, Weyant blew past Highlander Aquatics’ Carley Lowe behind a 31.25 in the freestyle leg. Weyant and Lowe were amongst six high-school aged athletes in the event’s A final.

Scarlet Aquatics’ 17-year old distance phenom Johann Calloni was the final high school aged victor on the night, after being the only man to go below the four minute mark in the men’s 400 freestyle. Calloni held off fellow high school-aged athlete  Brendan Driscoll of Tampa Bay Aquatics throughout the event, and pulled away in the final 200 to win by nearly three seconds.