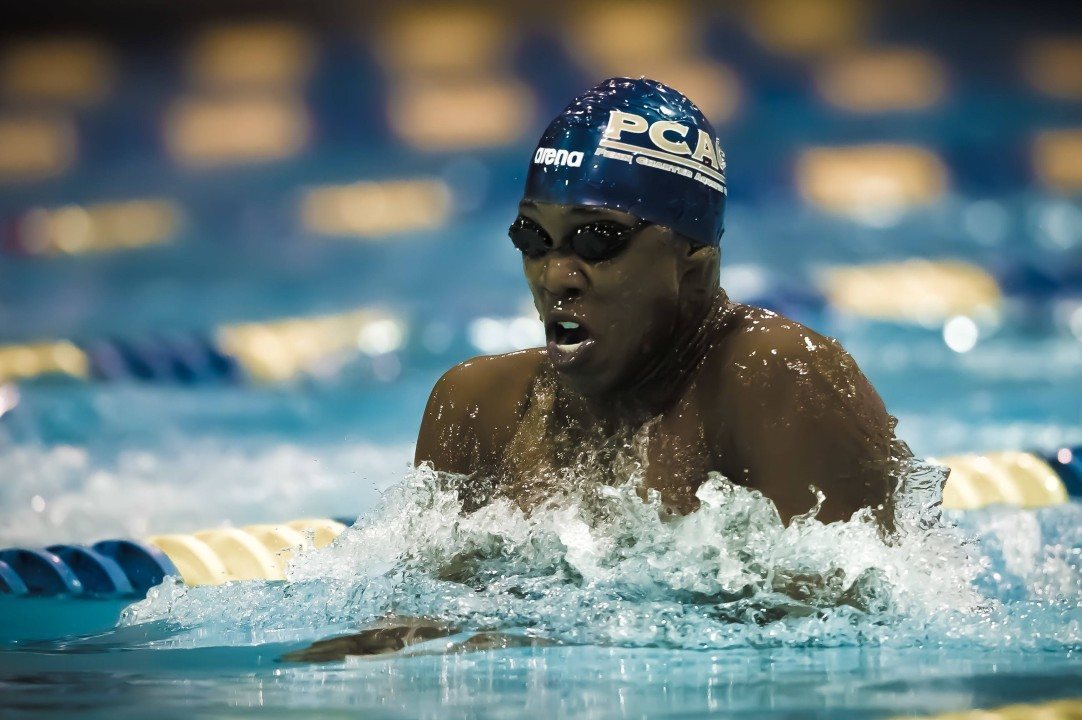 The National Interscholastic Swim Coaches Association (NISCA) has released their All-American lists for the 2016-2017 swim season.

For an athlete to achieve All-American honors, one must achieve the automatic qualifying time that was determined at the beginning of the season, or be one of the top 100 competitors under the consideration standard. The athletes must also achieve these times in a high school level competition, as club competition times do not qualify.

One athlete in this list that stood above the rest was Carmel Junior Drew Kibler, who earned All-American honors in four events, including achieving the top time in two of events. Kibler achieved the top times in all of high school swimming in the 200 freestyle (1:33.30) and in the 100 freestyle (43.20). He was also a contributor on Carmel’s 200 freestyle relay, which was only beaten by the team from North Allegheny High school, and Carmel’s third place finishing 400 freestyle relay, which fell behind the team from Southlake Carroll High School in Texas, and the team from St. Xavier. Kibler is currently committed to swim at Texas after graduating in 2018.

Another woman that stood above the rest was Carmel High school and Georgia commit Sammie Burchill. Burchill contributed to Carmel’s All-American placing 200 medley relay and 400 freestyle relay, as well as picking up individual honors in the 200 IM and 100 backstroke. Burchill was the fastest 200 IM swimmer in the nation by nearly a second and a half after going 1:56.67 at the IHSAA state finals.

This swim season also featured one new national high school record, as William Penn Charter School Junior Reece Whitley set a new national record in the 100 breaststroke. Whitley broke Creighton Prep’s Jacob Molacek’s old record of 52.92 by more than a second, as he went 51.84 in the final of the 2017 Eastern Championships. Whitely also achieved All-American honors in the 200 IM and as part of William Penn’s 200 medley relay. Whitley is committed to swim at Cal after graduating in 2018.

The NISCA have not released the standards for the 2017-2018 season.

Correction: Whitley is committed to Cal, it says uncommitted in the article.

As a former high school coach, I always found it strange that NISCA requires coaches to submit times rather than collecting them on from the readily available sources. I know it takes a little work and is not “automatic,” but I am sure many readers know of times that should be on this list but aren’t. Being from Florida, I note, for example, that Bolles did not submit any times at all (at least for the boys) and they are always near the top in many events.

NISCA is a membership organization, with a fairly modest budget. It doesn’t really have a lot of resources to track down times (and scores — for diving) throughout the country, so it relies on its membership for submissions. And you have to be a member to have your team’s and athlete’s accomplishments recognized.

I’m sure anyone can find holes in any given event of times missing — perhaps an incentive to join!

You do not have to be a NISCA member to have your athlete recognized. There is a small fee for non members. It is a shame that deserving athletes get left off, but I believe that most state meet directors make a concerted effort to remind coaches that they must submit the application. Form is online and it is a relatively simple process.

I feel sorry for my daughter whose coach forgot to submit her times! She is so deserving to be recognized in the 200 and 100 freestyle. She is a top competitor and this is the second time it has happened! Why should she be penalized at least let her have the certificates!! I don’t know how I am going to tell her ….

Good to know, can a parent join and enter there daughters times ? Our daughters coach is not a member …

NISCA is wholly a volunteer organization – there are no paid positions. With more than 7000 schools participating in the US and no single governing body or organization it is nearly impossible to collect all those times throughout the year – particularly if the time is swum in a dual meet. There isn’t a SWIMS database for high school swimming. We rely on the coaches (or parents) who want to have their athletes recognized to let us know about them.

What can we do as a parent when the coach forgets ?

I don’t see Oklahoman Patrick Callan on there, or am I missing something?