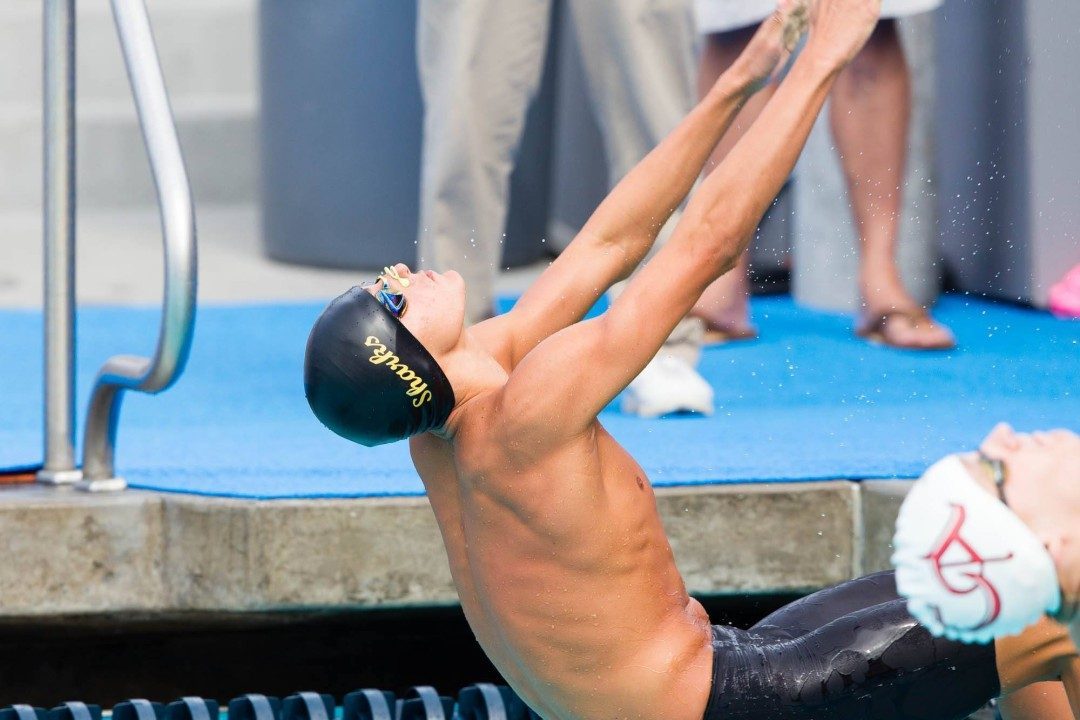 The National Interscholastic Swim Coaches Association (NISCA) has released the All-American standards for the 2016-2017 season, as the 2015-2016 recipients were... Archive photo via Tim Binning/TheSwimPictures.com

The National Interscholastic Swim Coaches Association (NISCA) has released the All-American standards for the 2016-2017 season, as the 2015-2016 recipients were recently announced.

Like the NCAA “A” and “B” qualifying times, the NISCA has “Automatic” and “Consideration” standards. Ultimately the top 100 athletes in each event will be recognized as All-Americans. However, in order for the athletes to be up for this their coaches must submit an application. There were many notable names missing off the 2015-16 list including Ryan Hoffer and Michael Taylor.

The standards are as seen below in both short course yards and short course metres. You can also find them on the NISCA website in yards and in metres.