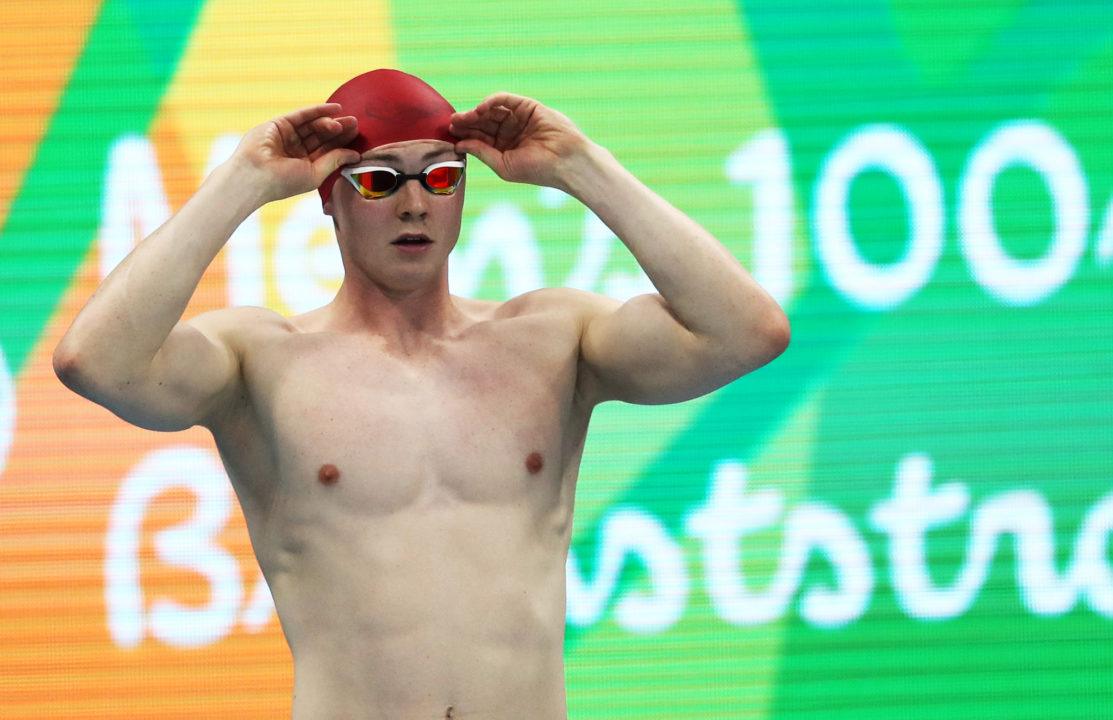 Ross Murdoch won gold at the 2016 European Championships in his favored event, the men's 200m breaststroke, and the British swimmer hopes to repeat the performance in Budapest. Archive photo via Ian MacNicol/ScottishSwimming

University of Stirling Olympian Ross Murdoch has represented his nation of Great Britain at the Commonwealth Games (Scotland), World Championships, European Championships, as well as the Olympics. Yet, the 23-year-old still yearns for more as he heads to Edinburgh for a few days before moving on to the 2017 World Championships in Budapest.

Entering the final stretch before the swimming competition begins on July 23rd, the European Championships Ambassador says, “I have worked really hard this winter and I am excited to be back on the big stage in my favoured event.”

His favored event meaning the men’s 200m breaststroke, a race Murdoch has only undertaken once on an international championship level since his breakout gold medal win at the 2014 Commonwealth Games.

Murdoch earned gold at the 2016 European Championships in the 200m event, but was a member of the shorter 100m breaststroke field at both the 2015 World Championships, as well as the 2016 Olympic Games. In the former, he earned bronze in the race, while in Rio he managed to wind up just 11th after the semi-finals.

Entering his 3rd World Championships competition, Murdoch now says, “Being able to swim my main event on the biggest stage is exciting. I’ve earned the right to be on the team in the 200m and I’m focused on what I need to do to achieve my aim.”

Murdoch currently ranks 14th in the world with the 2:09.15 that earned him silver at the 2017 British Swimming Championships, but the man has clocked two sub-2:08 marks in the past, including a 2:07.30, which would have won gold in Kazan. However, the field has upped its game worldwide as of late, with the 200m breaststroke representing the most recent event to have seen a new world record set. Japan’s Ippei Watanabe cranked out a monster time of 2:06.67 earlier this year to mark the first time ever a swimmer has dipped under the 2:07 barrier.

In addition to trusting his training, Murdoch has a balanced mindset on his side headed into one of the biggest events of his career.

“I’m definitely a lot happier with my swimming going into these World Championships,” explained Murdoch. “I’m enjoying training and take great confidence from knowing the amount of work that has gone it to defining this summer’s performance.”

MUrdoch represented Scotland at the Commonwealth Games. There is no Tean GB for the Commie Games only home nations.

As a Brit it’s nice to see more stories about the British Team on here, thanks Loretta!

I agree, I follow Loretta on Twitter. How she has time to coach blows my mind: She is so constant in her interactions with athletes from across the globe, and so current with news updates/results.

I appreciate the kind words!

Thank you for the feedback!