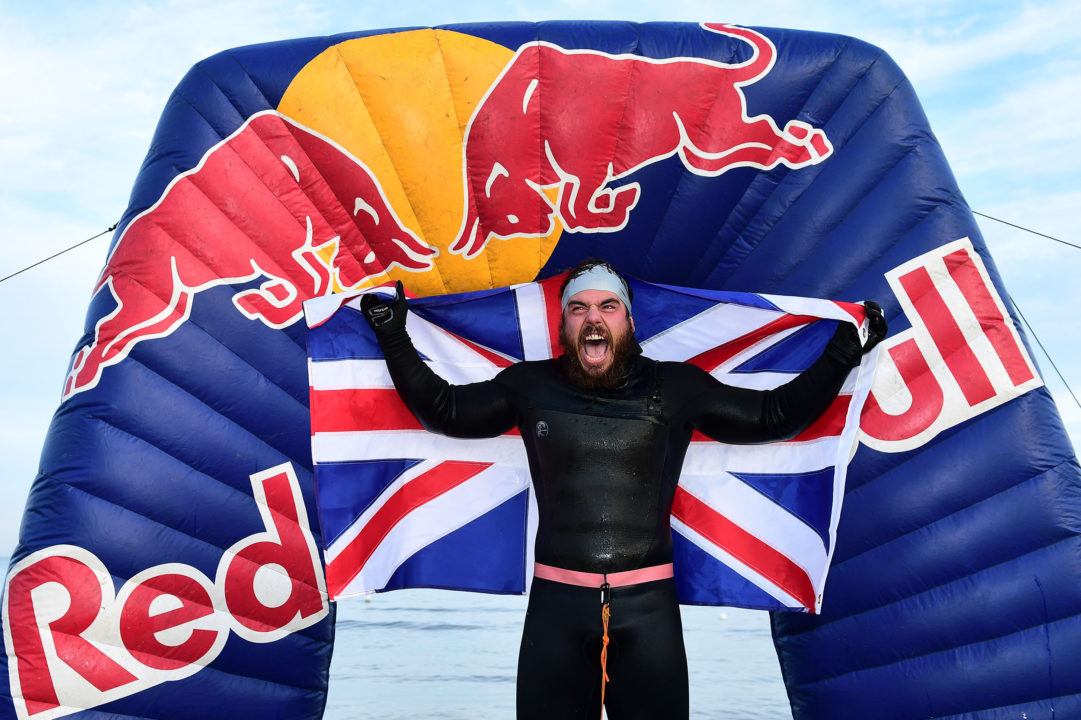 1,792 miles and 157 days after he set out, Ross Edgley has successfully completed his attempt to become the first person to swim around mainland Great Britain – what he calls the “Great British Swim.”

Edgley, 33, did not set foot on land the throughout the entire attempt, which began June 1, and swam in six-hour stints – 209 sessions in total, resting on a boat in between. That’s an average of about 8.6 miles per session. He took no sick days.

Along the way, he dealt with jellyfish stings (37), a disintegrating tongue (from exposure to salt water), and extreme wetsuit chafing on his neck. In fact, his crew went through five rolls of gaffers tape to “fix broken skin,” and three kilograms (about 6.6 pounds) of vaseline to combat chaffing.

“Setting out, I knew the Great British Swim would be the hardest thing I’ve ever attempted. I can’t really believe we’ve done it. I was very naïve at the start of the whole thing, and there were moments where I really did begin to question myself. My feelings now are pride, tiredness and relief,” Edgley said in a media release.

“It’s been a team effort and it’s thanks to the whole crew, the support I’ve received from the public and Red Bull that I’ve been able to complete it. To see so many smiling faces here today is amazing, and if I can take one thing away from this whole experience, it’s that I’ve inspired people to go out there and challenge themselves, no matter how small that inspiration may be.”

In addition to the overall performance, Edgley picked up a number of records en route:

For the final mile of the swim back into Margate Beach, Edgley was accompanied by 400 swimmers from the Outdoor Swimming Society. Hundreds more awaited his arrival on the beach. Watch the final stretch below:

A self-dubbed “scientist, sociologist, and philosopher of training and nutrition,” this feat was perhaps the most impressive in Edgley’s existing list of extreme undertakings. He also has dragged a Mini Cooper for the duration of a marathon and rope climbed the equivalent height (8,848m) of Mount Everest in under 24 hours, among other things.

To learn more about the swim, you can check out the Red Bull YouTube channel, which featured weekly vlogs – including some that document the gruesome perils of his adventure.

610 bananas but how many Red Bulls did he drink?

I bet he has feelings of relief!! He probably won’t be able to sleep because his bed will be too comfortable