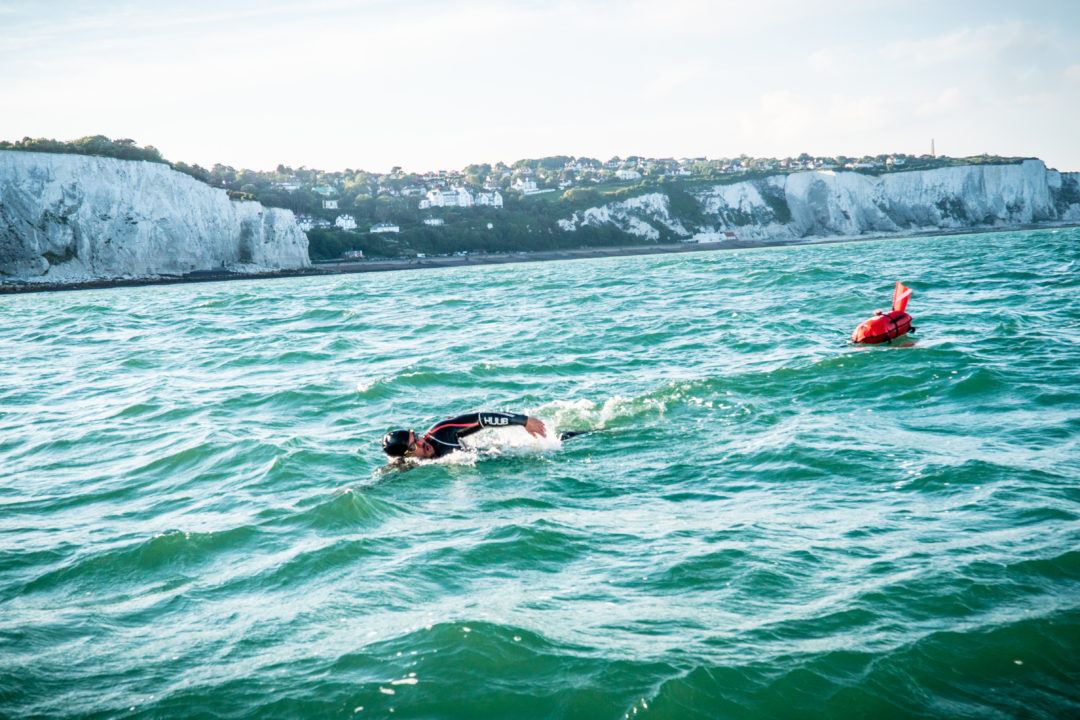 Edgley still has hundreds of miles left in his attempt to swim around Great Britain. Current photo via Red Bull Media House

Self-dubbed “scientist, sociologist, and philosopher of training and nutrition” Ross Edgley is in the midst of one of his many perilous stunts: an attempt to become the first person to swim around Great Britain. The goal is to not touch solid land until the swim is complete.

August 30, he set a world record in a 900-mile portion of the swim: the length of Britain from Lands’ End to John O’Groats.

The swim took him 62 days, less than half the time of previous record-holder Sean Conway, of Zimbabwe, who did it in 135 days. Edgley is the first Brit to complete the feat.

Since he began the attempt on June 1, Edgley has swum 1,137 miles of the planned 1,988-mile swim, which will take him all the way around Britain. He swims 12 hours per day, broken up into two six-hour sections with a rest period on his boat in between. In order to sustain the level of activity, he eats over 15,000 calories a day (which has included almost 400 bananas so far).

Water conditions and general side effects of swimming for that long every day have brought some unique (and painful) challenges. Just three weeks in, Edgely experienced “salt tongue,” wherein his tongue began to disintegrate due to constant exposure to salt water. Additionally, he’s “stopped counting” how many times he’s been stung by jellyfish.

However, this is par for the course of Edgley’s various endeavors. The 32-year-old has also dragged a Mini Cooper for the duration of a marathon and rope climbed the equivalent height (8,848m) of Mount Everest in under 24 hours, among other things.

For more information and to follow along with the final days of the Great British Swim, click here.

Holy cow what a champ!

jesus doesn’t have a cow

Was wondering when swim swam was going to start talking about this. His youtube videos document this feat unbelievably well.

None of that namby-pamby “Panama Canal” stuff either – he’s going around Cape Horn.