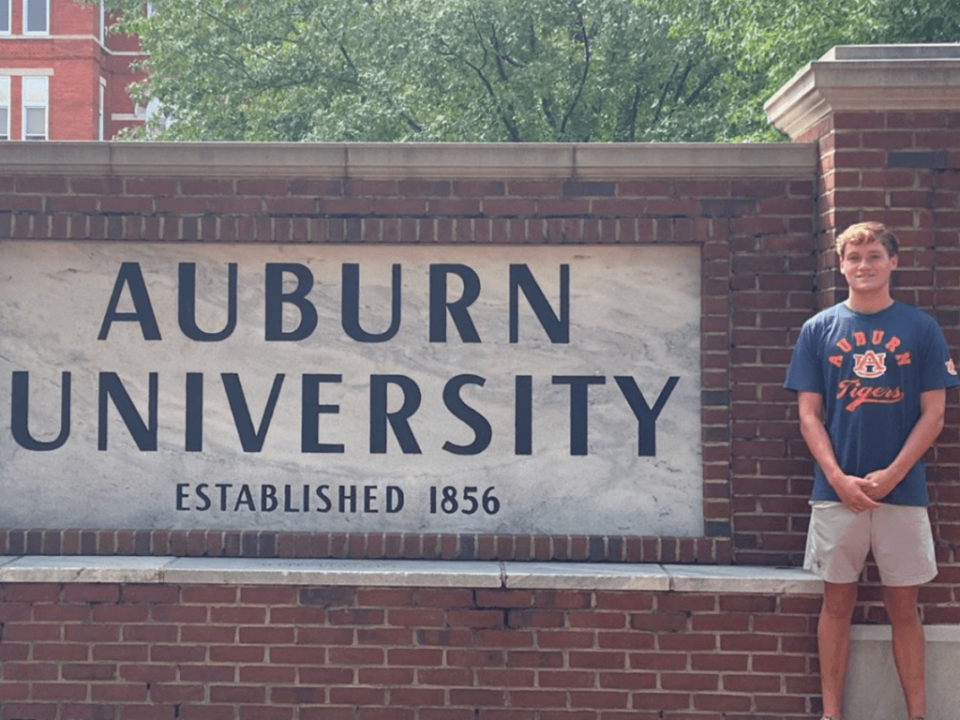 Collin Klingman, who won his first Louisiana Division III title when he was in just 8th grade, is Auburn's first commit in the class of 2022.

In November of 2019, as just a sophomore, Klingman won the 500 free at the Louisiana Division III (out of 4) State Championship meet, swimming a time of 4:36.38. That time gave him the 4th-best overall across the state’s 4 high school championship meets.

He is also a four-time state champion as a member of E.D. White Catholic’s dominant Division III relays. The school has won 4 consecutive titles, and Klingman has been a part of the last 3 of those – including as an 8th grader.

A year later, E.D. White re-set the Division III record, this time with two freshmen and two sophomores, in the 200 medley relay, and again at the most recent meet, they broke it again in 1:37.33.

The 2020-2021 championships could be the big one, with two juniors and two seniors on the relay, as the group of Klingman, Jacques Rathle, Dawson Jeansonne, and Brendan Martin have their best shot to chase the overall state record of 1:37.74. That group currently sits at 1:37.33. Rathle, a current senior, is also committed to Auburn, though he’ll arrive a season before Klingman.

His best event is not on the high school schedule: the 400 IM. He swam a best time of 3:56.71 at Winter Juniors – West in December, which was good for a 33rd-place finish.

The Auburn men finished 8th out of 10 teams at last year’s SEC Championship meet in Gary Taylor‘s 2nd season as head coach. The IM races, where Klingman seems most-inclined to excel, were among the team’s biggest weaknesses: they scored just 5 points in the 200 IM at the SEC Championships, and 0 points in the 400 IM. Along with the 200 breast (which Klingman doesn’t swim), that’s one of two individual races where the Tigers didn’t score at SECs.

Klingman still has about 2 more years of training with Crawfish Aquatics in Baton Rouge to get to the 3:51 that it took to score at last year’s SEC Championship meet.

After a sophomore season that saw many drops, however, that 3:51 seems well within reach for Klingman: