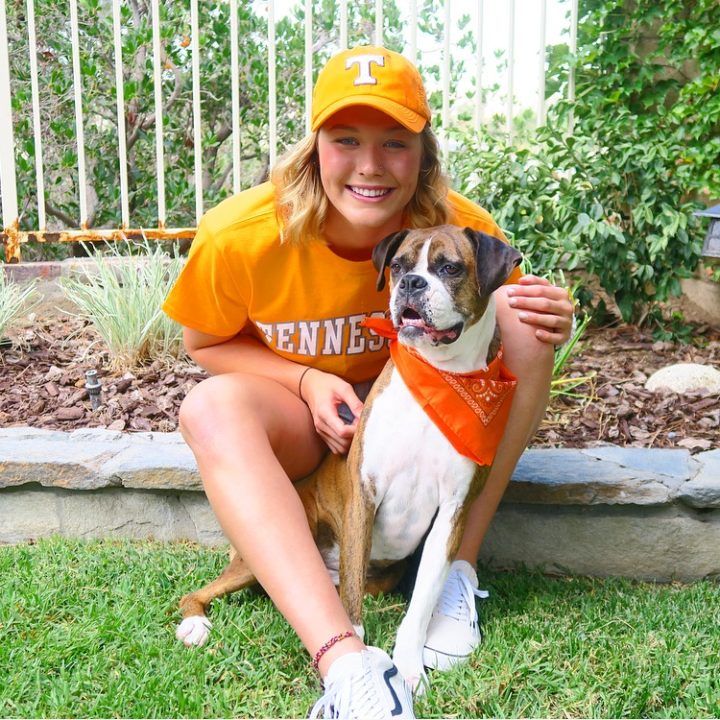 Nikol Popov, the 5th-ranked recruit in the high school class of 2017, has verbally committed to the Tennessee Volunteers. She...

Nikol Popov, the 5th-ranked recruit in the high school class of 2017, has verbally committed to the Tennessee Volunteers. She becomes head coach Matt Kredich-and-crew’s second verbal commitment of the class, after very-early-commit Megan Sichterman.

“I fell in love with Tennessee as soon as I stepped foot on campus. The coaches and teamates all created a warm and welcoming atmosphere that made it feel like home. I feel that it is the best place for me to grow not only as an athlete and student, but also as a person. I am looking forward to beginning next year as a Lady Vol!”

Popov is the best all-around breaststroker in the high school class of 2017, ranking second only to Margaret Aroesty in the 100 breaststroke in the class (59.64).

Popov will cross the country from her current home in California to join the Vols. She currently competes for Valencia High School and the Canyons Aquatic Club.

While Popov has the range to be a future NCAA scorer in the 200 rbeaststroke, she was a member of the 2015-2016 USA Swimming National Junior Team in the 100. She qualified to swim that race at the 2015 World Junior Championships, but swam well short of her best time to come out just 16th in the semi-finals.

She’s also a former 15-16 National Age Group Record holder in the 100 yard breaststroke, which stood until Aroesty roared under 59 seconds in March.

Tennessee solved their breaststroke problem in a big way this fall. The #1 recruit in the national, Meghan Small, began her college career in Knoxville this fall, and All-American Katie Armitage arrives as a sophomore from Florida Gulf Coast as well.

Just like that, in less than a year, Tennessee will go from having one of the weakest breaststroke groups in the nation among top 10 teams to one of the best.

A great pick up for Tennessee. Is she the next Molly Hanis? I think Matt Kredich has done a tremendous job at Tennessee. However, I was surprised that the men’s team finished higher than the women’s at the 2016 NCAA.