5 Reasons Why Swimming on a Small Club Team is Great 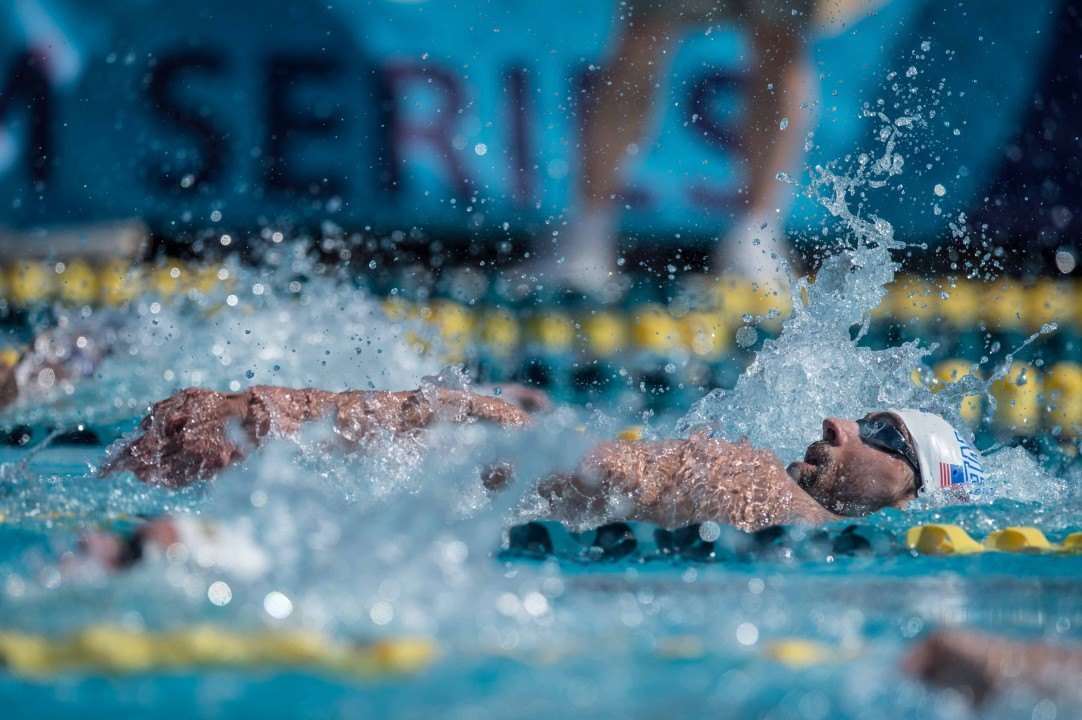 Swim teams come in all different shapes and sizes, and they are from many walks of life. Some are massive, having close to a thousand swimmers, and some are smaller. Here are 5 reasons why swimming on a small club team is great. Current photo via Mike Lewis/Ola Vista Photography

Courtesy of Josh Brown. Follow: @joshbrownisaman Featured Image: Michael Phelps, from NBAC, a team of about 225 swimmers, not exactly a big club team.

Swim teams come in all different shapes and sizes, and they are from many walks of life. Some are massive, having close to a thousand swimmers. With each year that goes by another regional or even national title goes to that team that spans across the state, swimming at four different locations. Now don’t get me wrong, these club teams often breed success in large numbers. They proudly graduate many top level athletes from their program each year. But rather, I would like to take a look at the small club teams out there. The teams that swim out of one location, sometimes battling for pool time. The teams whose rosters may consist of 100 swimmers, definitely less than 200. The ones who are often overshadowed by the success of these larger teams but make the sport of swimming what it is, and here’s why…

1. EVERYBODY KNOWS YOUR NAME

…and you know everybody’s name as well. To you these people aren’t just lifeless bodies swimming in the pool. Each swimmer stands out in a big way on small club teams. They mean more to the team than just a stroke or a time on the score board. You will get to know everyone on the team – older to younger, big to small, tall to short, fast to not-so-fast. Everybody has a part in the team dynamic.

In short, on a small club team you gain lane space. No one will be encroaching on your personal space or swimming up on your heels. Less swimmers in a lane equals more room to yourself, for yourself, and by yourself. There is no such thing as having too much space. Remember, it’s the little things that count!

3. YOU’RE A PART OF SOMETHING SPECIAL

You don’t have to be a member of that “A” relay team to make a difference. Sometimes just squeezing into that championship meet is contributing in a big way to the team. And no matter how big or small your contribution is, it ends up being a big deal on the small teams.

On a small club team, a coach who sees a swimmer’s true potential can make practices more specialized for that swimmer. Less swimmers in the pool means more focused training for each individual swimmer on the team no matter how fast that swimmer may be. It also allows more time for your coach to watch your stroke and help you improve upon it.

You’re being watched in a good way. A smaller team allows better relationships with coaches. You know your coach, and as mentioned above, he or she knows you. Smaller team offer the ability to develop a good relationship with your coach, such as sitting down at dinner to discuss the upcoming season. No matter where you fall with your times, you are considered a vital part of the team’s success. Your coach will be honest with you about your swimming. Regardless of your ability in the sport, you will never get left behind on a small team.

Don’t be fooled by the Small Club. They might be small because they can’t compete with the better faster stronger big team. All Group sizes and organizations of big clubs is much better small clubs within a big club quality of matching peer to peer, ability to ability by age level. Small teams tend to swim 10,11,12 year olds with 15-18 year olds because they can’t afford to separate everyone. Mixing older and younger swimmers in the same groups is not a good idea socially. Before you think the best thing for you is a small club, do your homework as to what the bigger clubs have done right to offer the best for you kids and resources for there… Read more »

Honestly, I completely agree with you. I just transferred from a smaller club to a bigger club and while the individualized critiquing is more rare, I was placed in a group with swimmers who were the same age as me (as opposed to me swimming with people anywhere from 14-18). The social dynamic has improved for me personally by leaps and bounds, and being with people around the same speed as me as well is nicer than being lapped by seniors.

There are pros and cons to each. I wouldn’t want my swimmer just around to pad a big club’s numbers while the elite get all the attention and the other swimmers just pay the bills. I also wouldn’t want my swimmer on a relay with kids they had never met before from many miles away because the club has multiple locations. Having every club on the coach know my swimmer and be personally invested in them – no mater what their level is a huge perk of a small club.

Great Article. My teenager has been swimming with a small club since he was 6 years old and I wouldn’t have it any other way. All of the things in the article are true but one of the things not mentioned that I appreciate is that at a meet, my son gets a full critique from his coach of his entire race as soon as he gets out of the water. The larger clubs don’t have the time or the staff to do this.

I think it’s great that your son has had a wonderful experience with his team for many years. He’s certainly lucked out having coaches that care so much for him and have created an environment that has kept him passionate about the sport for so long.
…but please do not assume that large clubs “don’t have the time or the staff to do this.” It’s a dangerous generalization. I know for a fact that there are many “large” teams that have coaches that take the time to critique and give tons of feedback to all of their athletes after every swim at meets.
…this article is about celebrating the great things about small teams, not talking down about… Read more »

I love swimming on my small club team and I wouldn’t trade it for any other club in the world!!!!! Go CTA!!!!

Great article and defiantly speaks volumes for all the great kids and families we get to work with at TCY Swimming in Easton, MD