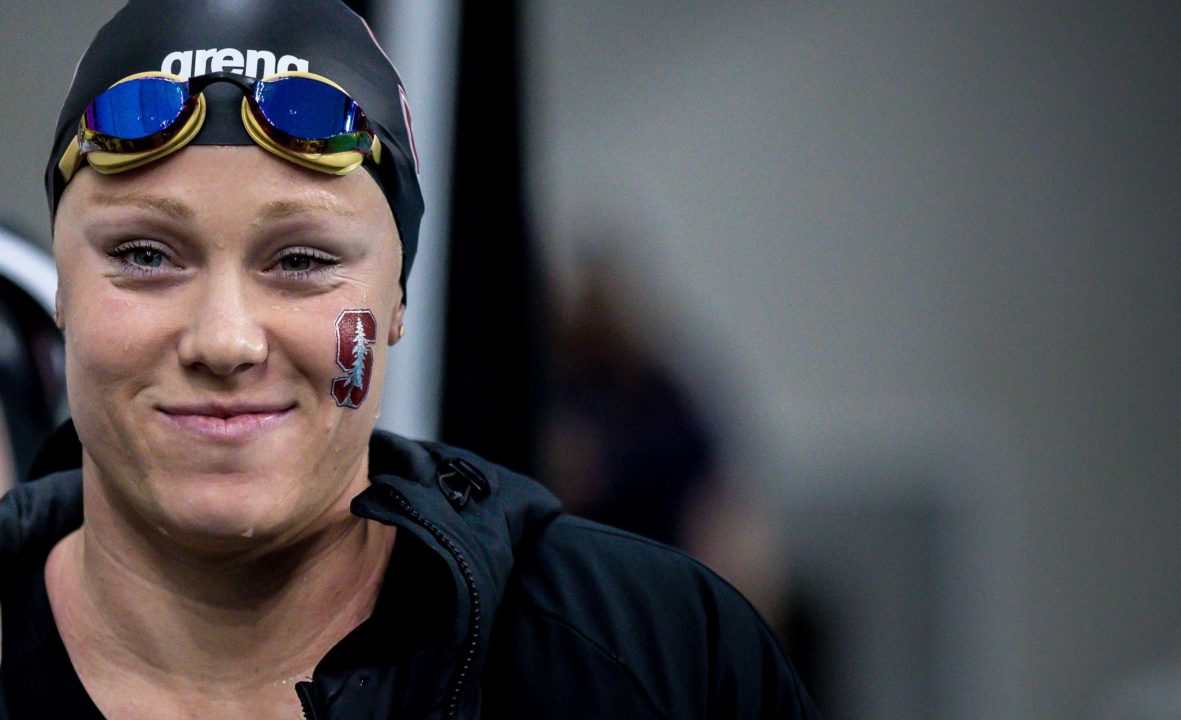 None of the 4 swimmers who scratched, including top seed Ella Eastin, have other entries on day 2 of the Pro Swim Series in Knoxville. Archive photo via Jack Spitser/Spitser Photography

There were a number of high-profile scratches from Thursday’s first prelims session, but no event was hit as hard as the women’s 400 IM. There, 4 of the top 6 seeds have pulled out. #1 seed Ella Eastin, #3 seed Emily Overholt, #4 seed Makayla Sargent and #6 Tess Cieplucha have all pulled out of the 400 IM. None of those 4 swimmers have other entries on Friday – Overholt also scratched as the 8th seed in the 200 free.

Also pulling out of that women’s 200 free is Katie McLaughlin, who scratched both the 200 free (5th seed) and 100 fly (3rd seed), which also leaves her with no swims on Friday.

The biggest scratch on the men’s side is Vini Lanza, who dropped his only entry, the 100 fly, where he was scheduled to be the 3rd seed. Notably, Luca Urlando has been removed from Friday’s heat sheets – he announced earlier this week that he dislocated his shoulder and will spend the next few months rehabbing it.