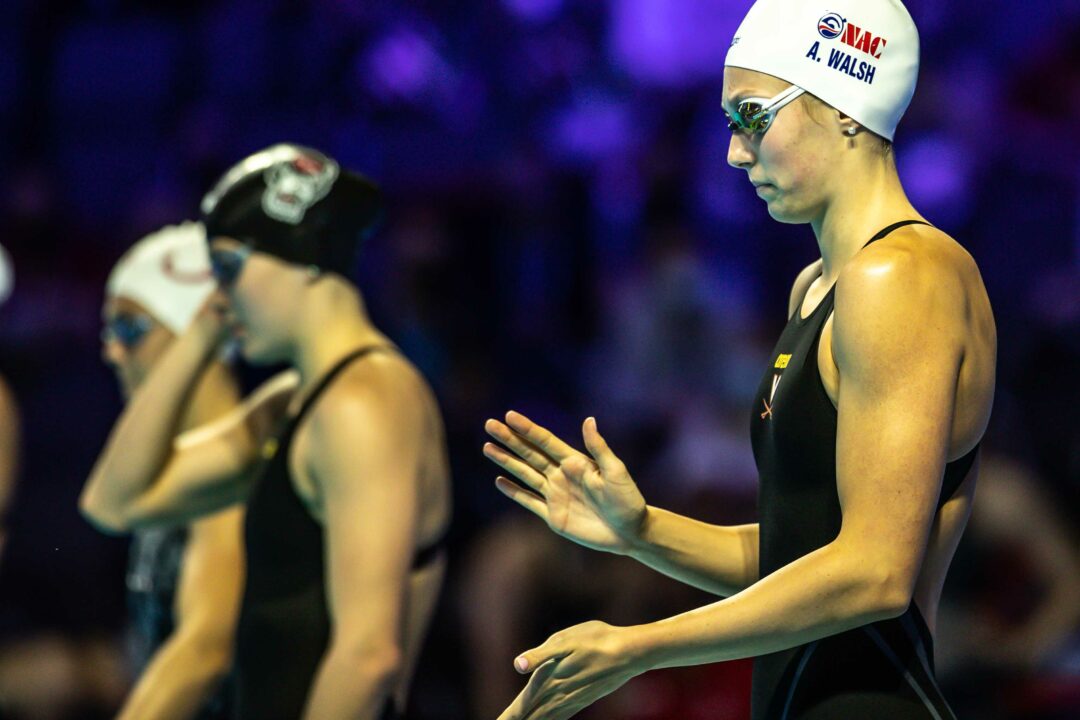 This statistic was originally uncovered by Daniel Takata:

“So, despite being a very close race, there wasn’t much drama, as Vidali, Woods and Bartz qualified for the 1972 Olympics.

“Five years ago, at the 2016 Olympic Trials, Caitlin Leverenz missed the team in the 200 IM by a very tiny margin. She finished 3rd in 2:10.16, only 0.05 behind Melanie Margalis, who earned the second spot in the event.

“And that 0.05 was a margin even larger than we have seen this time in Omaha between the 1st and the 3rd places. A truly unbelievable race.”

Doug didn’t breath once under flags.

Hasnt Walsh been 2:08? I think she’ll clean up that last 15 meters for Tokyo.

If Kate continues to improve, she’s going to get a medal.

Cox breathed one stroke out of the finish. That cost her the spot.

Damn people just stop with analyzing what costed her the spot… Walsh breathed one stroke away from the wall also and she won, and I don’t see people criticizing her for that. Does that mean you can breathe as much as you want as long as you win? Doesn’t seem logical to me. At the end of the day, I know there’s always something you can improve on in a race, but a small margin like 0.04 is something that you can’t always control.

Agreed. It also could have been the length of their finger nails. At that margin, a lot of things could have explained it.

This is sports. This is what people do. They look back at these close finishes and say “What could have swung it the other way?” That’s part of the draw of these message boards, just like any other sport. Arm chair quarterbacking, etc. If we want the sport to be more popular, we can’t get butt hurt about stuff like this.

If you watched that race and replay and didn’t cringe on the breath into the finish, I don’t know what to tell you. She doesn’t take that last breath, she almost certainly wins. That’s just the facts. It’s part of the story of the race. It’s not a personal attack on somebody.

This sport as a whole… Read more »

YEA! just like if COVID was not part of this experience, things would be different for the entire meet! Now let’s see what they can do in Tokyo! We are suppose to be sending our best swimmers! this is it! Hey Now!

2 UVA swimmers made the team in the same event! Pretty impressive!

For Kate to have come back after her close third place finish in the 100fly (.13 off) makes it that much more sweet!

Douglas’s last 3 strokes were insane. And if cox put her head down and stopped breathing she would have won.

her ability to mount comebacks is astonishing. She’s getting better and better with each big meet.

Especially after her career was temporarily derailed by tainted multivitamins triggering a positive drug test.

Me too, but at that level she should know better then to breath into her finish. Kate didn’t breath from flags in and I think that is the difference!