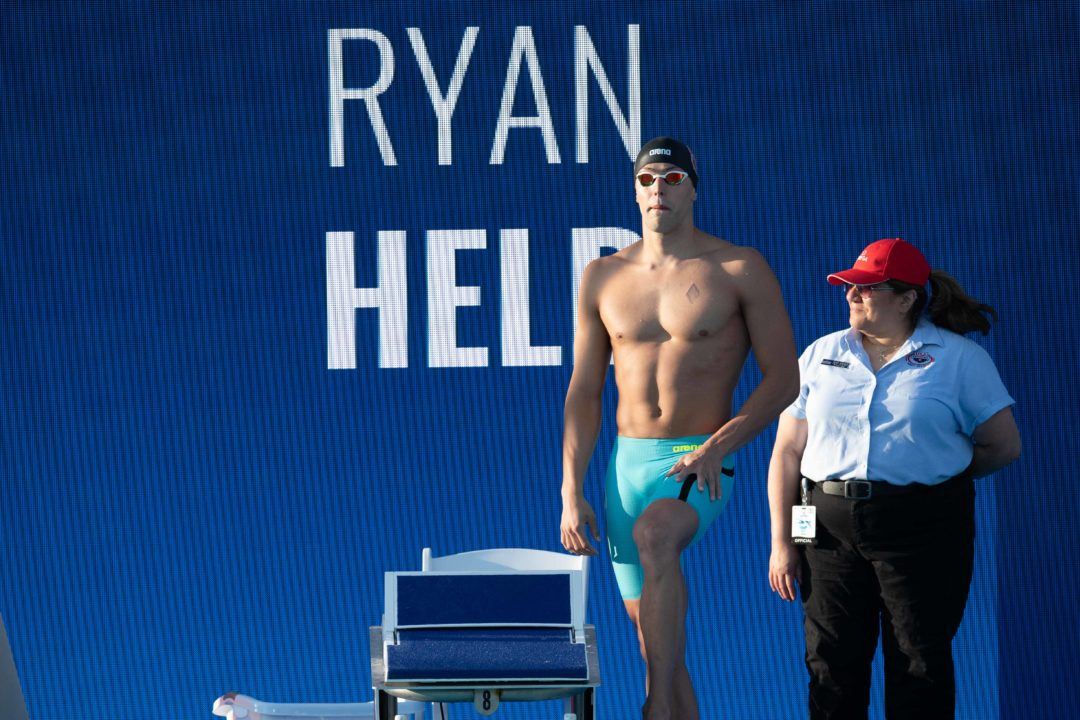 Ryan Held has suddenly become an early favorite for the second spot behind American record-holder Caeleb Dressel in the 100 free for Tokyo 2020. Archive photo via Mike Lewis/Ola Vista Photography

As the psych sheet indicates, Charlotte Hook was born in 2004. So she is 15yo 6 months.

Held did swim prelims in Rio, but he did also swim in the final. (Because tears on the podium, lol.)

Over Ervin, who had a better prelims split as I recall. Thought the old man couldn’t pull off a double.

In the article it says hook and Lillie got the spots for junior worlds but I assume that’s just if regan smith declines her spot?