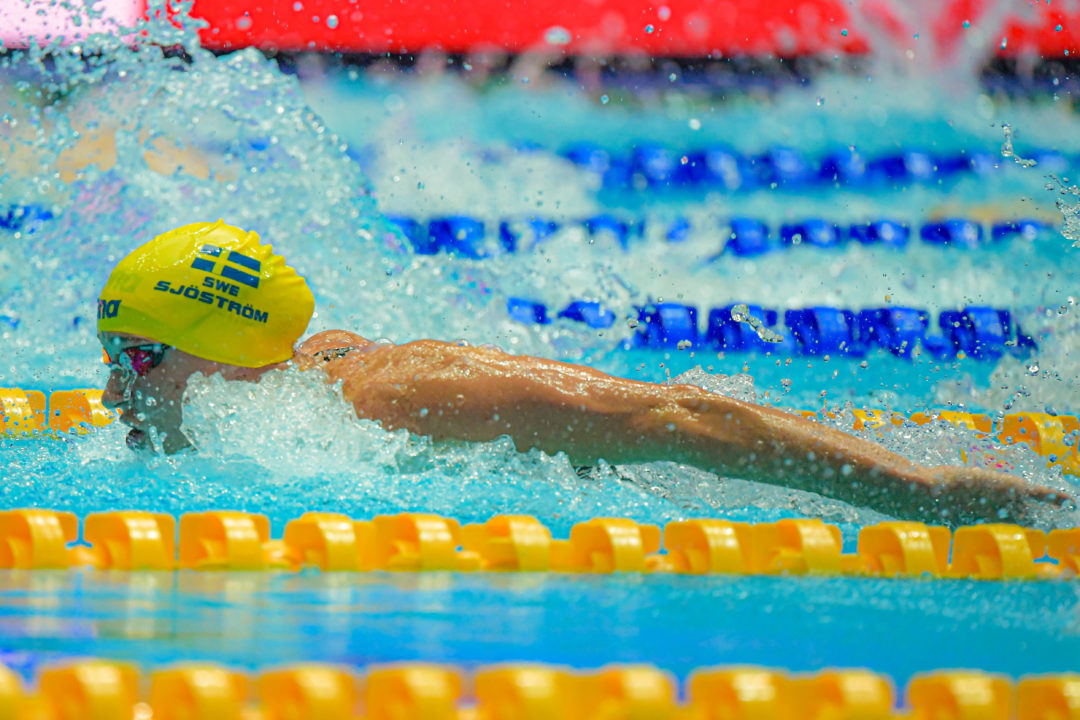 Both Caeleb Dressel and Sarah Sjostrom will have two swims this evening as they aim towards multiple world titles. Current photo via Gian Mattia D'Alberto - LaPresse

The sixth day of the FINA World Championships will feature 5 more world champions to be crowned and 4 semifinals to determine the top 8 swimmers to fend more a medal.

More of 2017’s world champions will pursue the quest to defend their titles while many other swimmers will look to topple these event favorites. One of the running storylines to follow is Caeleb Dressel and his journey towards a historical gold medal count. He will be swimming two semifinals, the 100 fly and 50 free, to lock in his spot and defend both of his world titles. Sarah Sjostrom will also have two swims tonight as she will aim to claim her first 100 free world title and continue her journey towards her 3rd consecutive world title in the 50 fly.

The British team gon dethrone the US
Greenbank 53.5: He’s swimming well this week
Adam Peaty 56.5: Done it before and swimming fast as ever
James Guy 50.5: Been under 51 individually many times and always shows up in relays
Duncan Scott 47 flat: Don’t really need to explain this one
3.27.5 European Record

Thanks for not mentioning Australia in the 4×2 free relay. It’s been great for our medal tally to date 🙂

PS – What does ‘to fend more a medal’ in the article mean?

thanks for reminding us that u feel frustrated for the past 2 days ….😅 ….chiil bro , chill

Not frustrated in the slightest – we’ve had a great champs 🙂

i still sense your frustration for not mentioning the Australian relay ….come on be honest .

They’ll start mentioning us in every event now.

I feel like maybe because Sjöström is not necessarily the favorite (looking at C1s splits in the relays and performance this year) she might have a big shot at winning the 100 free. Going to be an interesting final though!

little side kick from water polo : the women;s final is between Usa & Spain .