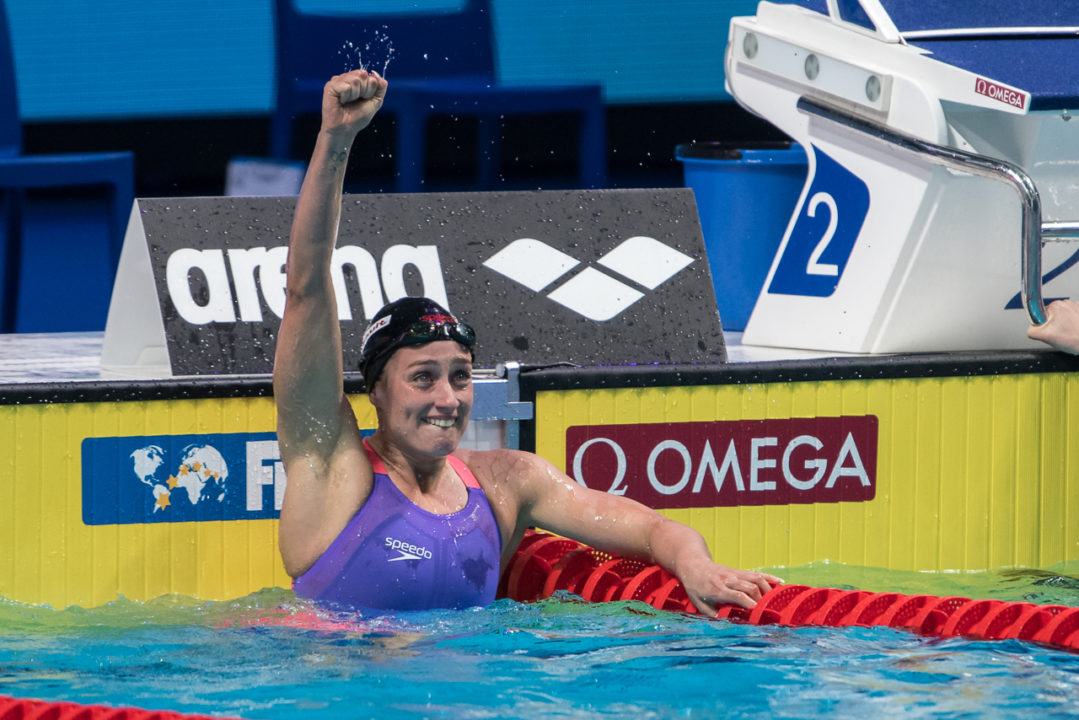 Joan Lluis Pons won the 400 IM with a 4:14.77, becoming the 6th swimmer to automatically qualify to the European Championships team. Archive photo via Peter Sukenik/www.petersukenik.com

On the final day of the 2018 Spanish Spring Open, Mireia Belmonte capped off a perfect meet, winning her 6th of 6 events. Belmonte took the women’s 400 IM with a 4:37.10, which is the 4th fastest time in the world this year. She went 4:38.91 in prelims, coming in well under the European Championships qualifying standard in both races. That marks Belmonte’s 6th win of the meet and 6th automatic qualification to the Spanish Euros team.

Hugo Gonzalez swam the 50 back instead of the 400 IM on Day 5, winning the final with a 25.54. He went 25.64 in prelims, and 26.38 in semifinals. Gonzalez was about 2-tenths of a second off his best time of 25.30. Gonzalez failed to automatically qualify to Euros in this event, but if the 50 back is an event he’s interesting in swimming at Euros, he’s all but guaranteed a spot on the roster.