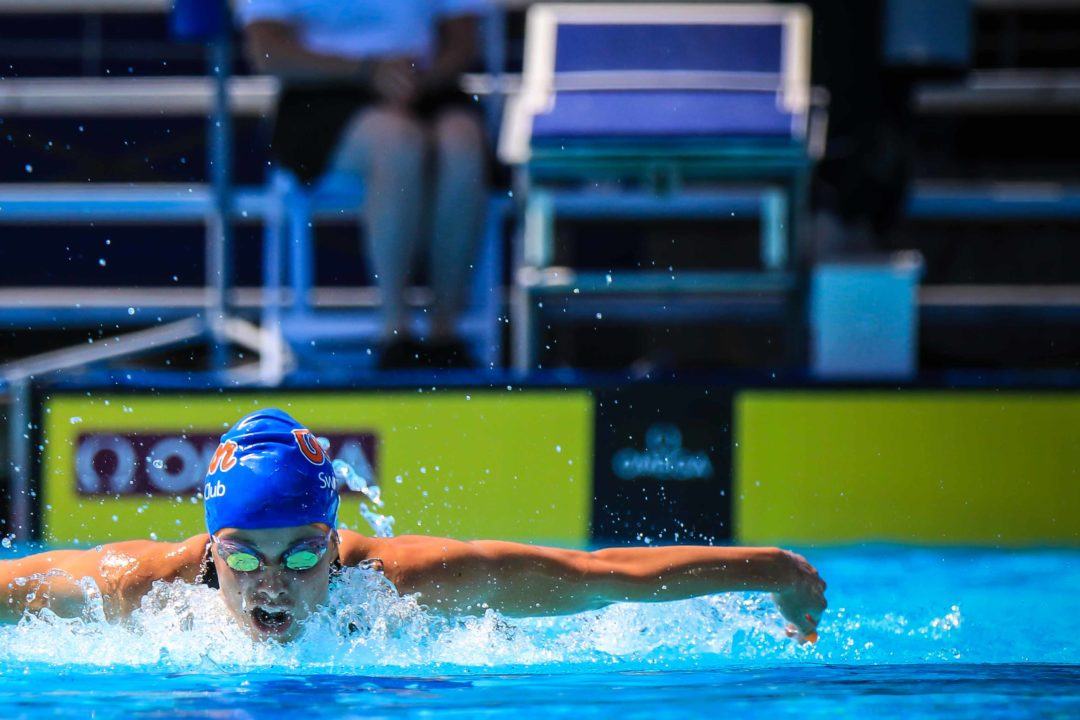 Buchholz's Talia Bates, the 2-time defending 50 free state champion, has already hit the automatic All-American time standard in the 50 free with a 23.23 to lead the way in regional cluster 1 (districts 1-3). She also put up an AA-C time to win the 100 fly. Current photo via Jack Spitser

The Florida High School Athletic Association’s 2018 state meet series is in full swing, with the Class 4A district meets now complete. The top 24 swimmers from the combined districts in each region will move on to their respective Class 4A Regional Championships.

Buchholz’s Talia Bates, the 3-time defending 50 free state champion, has already hit the automatic All-American time standard in the 50 free with a 23.23 to lead the way in regional cluster 1 (districts 1-3). Bates also hit the AA-C mark in the 100 fly, winning districts in 54.52. Last season, Bates broke the State Record to defend her 100 fly title and she still holds the record. Oviedo’s Abigail Gibbons, who finished a close 2nd to Bates in the 100 fly last season, put up a 55.28 for an AA-C time at districts. Gibbons also recorded a 24.15 in the 50 free.

Defending state champion Julian Hill of Buchholz leads the region 1 cluster with a 1:40.39 in the 200 free. Hill is the only returning individual state champion on the boys’ side. He was also the 500 free district champion in 4:35.67. Hill was 3rd in that event last season, but the 1st and 2nd place finishers from 2017 have now graduated. Winter Park’s Hector Rodriguez is the top returner in the 100 breast. Last season, he was the runner-up at the state meet. He’s currently the 4th qualifier for region 1 after putting up a 59.40 at districts. The 200 free and the 100 breast were the only boys’ events that didn’t have a 1-2 finish by seniors in 2017.