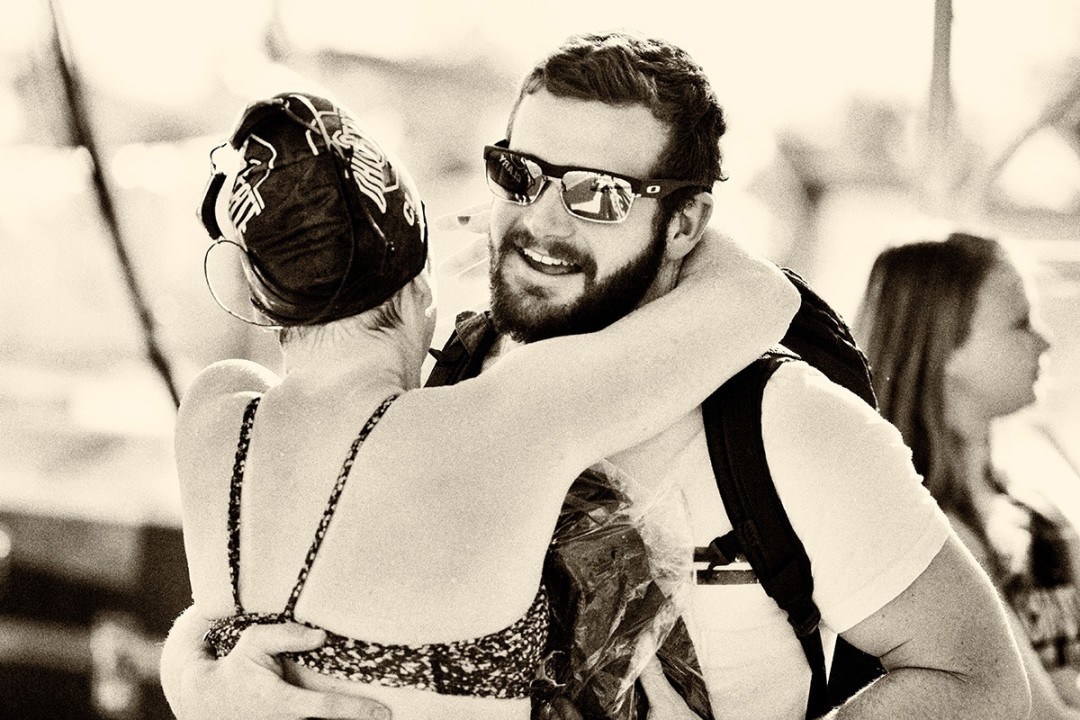 Tyler Clary is the top seed in the men's 200 butterfly after winning the 400 IM last night.

Lots of stacked events tonight, but perhaps the two biggest will be the men’s 100 back, and the women’s 400 free.  In the former, David Plummer will look to hold off Olympians Arkady Vyatchanin, Matt Grevers, and Ryan Lochte.  This morning Katie Ledecky threw down a 4:02.67.  Not only did that time tie Michael Phelps’s time from this morning (he’s not swimming finals tonight, by the way), but that was also faster than her prelims time at Pan Pacs last summer, where she went on to break the world record in finals.

The B-final went to Vien Nguyen, who swim almost two seconds faster than this morning to take the win with 2:14.90.

Zheng Wen Quah, who represents Singapore internationally, won the B-final with a time of 2:00.27.  Tom Shields, who will swim this event at Kazan this summer for the US men, came in second with a 2:01.46.

Minutes after swimming the 200 fly, Kelsi Worrell won the B-final of this event by swimming a 25.27, a time that would have placed fourth in the A-final.  That’s two lifetime bests, in two very different events, in less than twenty minutes.  Finishing second in the heat was Lia Neal with a time of 25.74.

While Josh Schneider might be a coach, he’s not done as a swimmer, and won the A-final by .01 in a time of 22.52.  Just behind him was Renzo Tjon A Joe, with Jasper Aerents finishing third in 22.58.

The American record holder in the yards version of this event, Nick Thoman, easily won the B-final in 56.14.  Paul Le was the only other swimmer to break 57, finishing with a 56.97.

Breeja Larson dropped almost three seconds from her time this morning to win the A-final in 2:27.82.  Larson and Katie Meili swam neck-and-neck for most of the race, with Meili finishing second in a new personal best of 2:28.53.  Micah Lawrence closed on the leaders in the final meters of the race, but ultimately placed third in 2:28.73.  Alia Atkinson won the B-final with a 2:32.29.

Venezuelan record-holder Carlos Claverie completed the breaststroke sweep for this meet, taking the A-final in 2:14.31.  Claverie finished over two seconds ahead of his nearest competition, with Carl Mickelson placing second in 2:16.56, and BJ Johnson placing third in 2:17.63.

In the B-final Mike Alexandrov went out hard and never looked back.  He had almost a body length lead at the 50, and held that to win with a 2:17.50.

Katie Ledecky went out under world record pace in the opening 100, but ended up having to “settle” for “only” a 4:01.95.  That’s still the second-fastest time in the world this year, with Ledecky’s swim at the Austin Pro Series in January still standing as the fastest.  NBAC teammates Lotte Friis and Allison Schmidt placed second and third, finishing 4:10.34 and 4:13.21, respectively.  Hosszu, swimming her third event of the night in under 80 minutes, placed sixth with a 4:17.45.  Patricia Castro Ortega won the B-final in 4:16.75.

Conor Dwyer shot out to an early lead, but Michael McBroom overtook him in the second 100, with those two setting the pace way ahead of the rest of the field.  McBroom ultimately won in 3:50.38, with Dwyer finishing second in 3:51.87.  The rest of the field was well off the top two, with Michael Klueh’s 3:54.99 the only other swim under 3:55.

Continuing what seemed to be a theme of the night, Ryan Lochte went out hard in the B-final, was actually under world record pace early on, and was in first as late as the 350 mark, before getting run down the final 50 meters and fading to fourth with a 4:01.26.  Instead, the heat went to Nezir Karap, won overtook Lochte to win in 3:59.80

I can’t beleive a Belgian won the 200 fly in Usa – that’s pretty surprising !! But had probably the worst looking stroke of them all . LOL

Haha! Anything is possible Jean-Michel! Happy to see you back on swimswam. 🙂
https://www.youtube.com/watch?v=svYb7qHY2Q4

Thanks BOBO but i never left the site – i keep watching with attention what’s going on in the world swimming vortex leading to Worlds . If some of the belgians could train in Us more , they would surely improve . I don’t wanna be too proud but their 800 free relay beat out the french squad at Europeans last year / so it shows they have great potential to stll develop . Some train In france i beleive ( which is great ) and the rest in Belgium . Peter Timmers is 6’8″ or somehting and pretty good freestyler but never could get to the podium yet anywhere on the international stage . Happy swimming