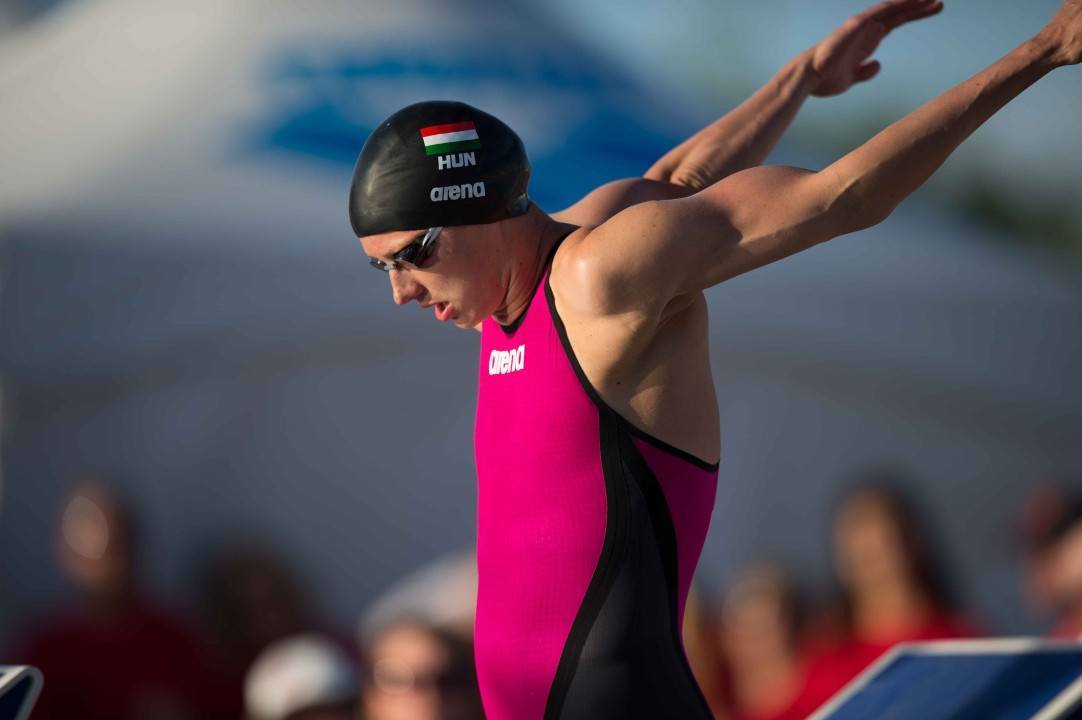 The women’s points race in the Arena Pro Swim Series is heating up with just two stops remaining; in Mesa, Caitlin Leverenz, Katie Ledecky and Katinka Hosszu all made huge strides in running down points leader Elizabeth Beisel.

It was an uncharacteristically quiet weekend for Beisel, who earned no points in Mesa despite swimming 6 events. Meanwhile, the aforementioned trio took advantage to pull into a three-way tie for second, just 3.5 points back of Beisel.

Hosszu was the biggest riser, putting up 22 of her 35 points in Mesa. Ledecky earned 15 points over the weekend, while Leverenz picked up 6.

The men’s side was the opposite story, though, with Conor Dwyer extending his lead over Tyler Clary. Dwyer put up a meet-leading 15 points to Clary’s 12 and now tops the standings by 16, a lead that should be very tough for anyone to overcome over the final two meets.

The male and female points winners at the end of the series will win a 1-year lease of a BMW automobile and a $10,000 bonus. Only American athletes can win the car prize, though the cash bonus is available to all athletes.

According to Arena Pro Swim Series rules, athletes only earn points in Olympic distance individual events, so these lists do not include the men’s 800, women’s 1500 or any relay events. A win is worth $1,000 and 5 points, second $600 and 3 points and third $200 and 1 point.

What happens when an amateur turns down prize money? Is it offered to the next swimmer, or does Arena/USA Swimming just keep it?

I’m not sure, but I think the sponsors just keep it. 🙁