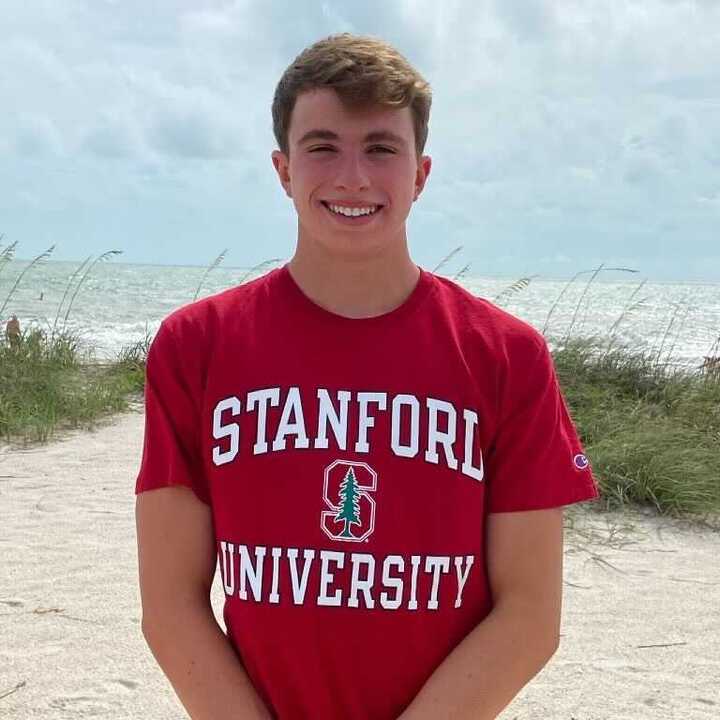 Our #3 recruit in his high school class, Custer is already primed to be one of the top milers in the NCAA from day 1. Current photo via Liam Custer

Sarasota Sharks 17-year-old Liam Custer has announced his commitment to Stanford’s class of 2026. Custer was one of two huge Commitments to the Stanford men’s team today, along with Flood Aquatics Swim Team’s Josh Zuchowski. The pair of commitments to Stanford is massive for the program, as Custer and Zuchowski are SwimSwam’s #3 and #2 recruits in the class of 2022 respectively.

“I am extremely excited to announce my commitment to swim and study at Stanford University! It has been my dream to attend Stanford since I was 10 years old, and I would like to thank my coaches, family, and teammates for their support in helping me reach this goal. I can’t wait for life on the farm! GO CARD!!!🌲🌲 #fearthetree” – Liam Custer via his Instagram post

Our #3 recruit in his high school class, Custer is already primed to be one of the top milers in the NCAA from day 1. Custer exploded coming out of the original Coronavirus shutdown in spring/summer of 2020. He’s shown significant improvement in all SCY races except the 100 back, which he’s only swum once since returning to meets last summer.

As shown above, Custer has made extraordinary gains in his distance swimming over the past 1.5 years. He’s also the 15-16 boys National Age Group Record-holder in the 1650 free, after he broke the previous record, held by Sean Grieshop, last December. Although it’s his best event, Custer has only raced the SCY 1650 free officially 5 times in his career, and only once since 2019.

Additionally, if you take a look at the top times in the class of 2022, Custer holds 3. Of course, the 100 free isn’t competed at NCAAs at the DI level, but nonetheless, Custer is the clear cut top distance swimmer of the class right now.

**The 1000 free isn’t an event at the Division I NCAA Championships, but is swum instead of the 1650 in many Division I dual meets and is part of the NCAA program in Division II.

Stanford finished 2nd at the 2021 Pac-12 Champs, just shy of 200 points behind Cal. The addition of Custer will bring immediate freestyle scoring power to the Cardinal.

Congratulations on your hard work! Welcome to the Farm!

There was a huge group of athletes that swam with the Sarasota Y this past year. Add to it the outstanding athletes already there, and it seems like it was a great environment to thrive! Congratulations!!!

Stanford has done a great job landing massive distance recruits, not so great job at getting them to go faster lol

The story is just the opposite for the Indiana Hoosiers and the great Coach Looze!

I was in the studio making bangers with True Sweetser and I agree. The guy is absolutely MASSIVE. He came into Stanford as a massive recruit at over 200 pounds, dropped down to 160 to win the natty title, and then finished his swimming career as an absolute behemoth at 220. Liam Custer is even more MASSIVE than True, and I am confident he will go even faster than his already impressive times