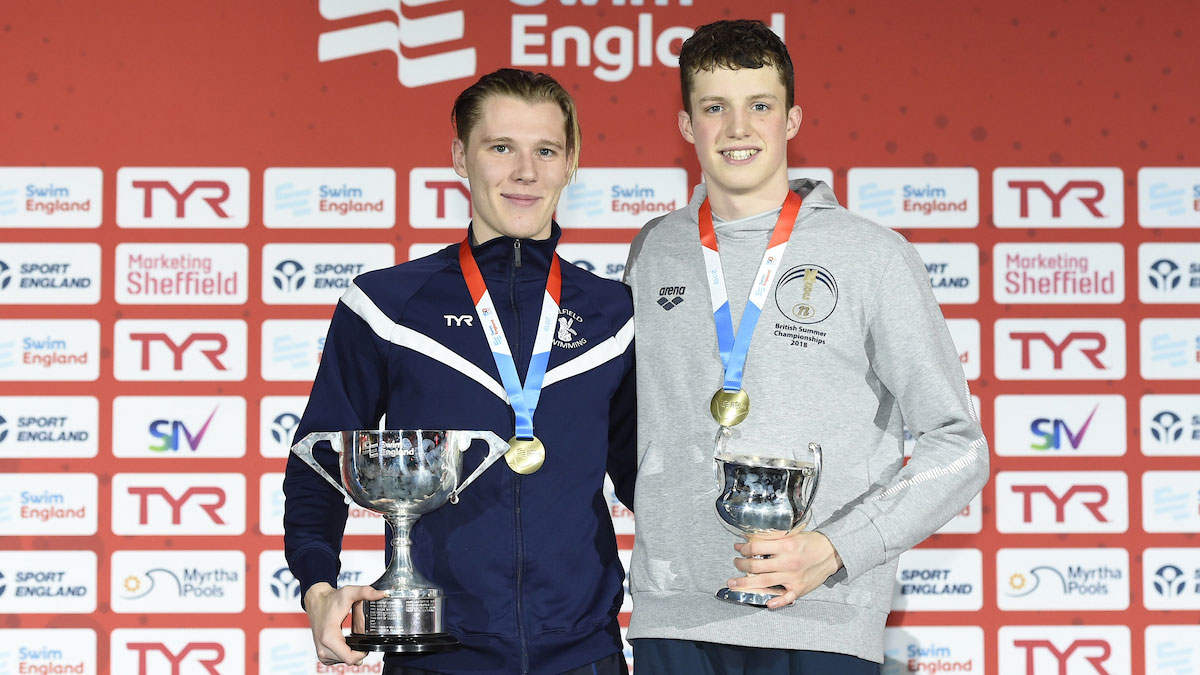 18-year-old Edward Mildred dropped a 48.77 in the men’s 100 free final at the European Junior Championships on Thursday to win silver, joining a growing list of young men posting 47’s in the 100 freestyle in Great Britain.

Mildred’s swim was overlooked in the wake of the 47.30 by the gold medalist David Popovici of Romania, who is only 16, but for the Brits, the development of Mildred is equally as exciting.

24-year-old Duncan Scott is the current British National record holder in the 50 free, 100 free and 200 free.

16-year-old Jacob Whittle is also in the mix. He dropped a 48.55 in June to break the British Age Record.

For Mildred, whose best time coming into the meet was just 49.95, the potential to join a British relay for Paris or Los Angeles is tantalizing. Even if we exclude Scott, who is 24, Great Britain has a quartet of swimmers born in the year 2000-or-later who have been at least 48.7.

On add-up of best flat-start times, that group already can boast a 3:13.7. That leaves them just two-and-a-half second away from what it took to medal at Worlds in 2019 (where the actually British relay placed 5th).

If we give them a modest second-and-a-half for relay exchanges, then three teenagers and a barely-21-year-old Dean would need to find another second of drop, in an event that generally is dominated by swimmers in their 20s, by Los Angeles to begin conversations of a podium.

I think in a few years GB will be like the french sprint teams of 2008-2016. Always in gold contention in the 4×100. Scott, Richards, Whittle will probably all be 47 swimmers soon plus one of Dean, Mildred and Guy who will be 48 low.

GB is already a heavyweight in the 4×200. They’ve won two of the last three world championship golds and silver at the last olympics.

Mildred not swimming the 200 free here, and GB aren’t entered in the 4×200 men relay (which bizarrely is on the same day as the 200 individual heats and semis). I suppose he already has the 100 free and 100, 200 fly as individuals, plus quite a few relays, so it makes some sense. But given his form here I’d have liked to see what he could do in the 200, so selfishly am a bit disappointed.

“need to find another second to drop by Los Angeles”, lol that’s 7 years away

Awesome article tho. Duncan Scott will only be 27 by the 2024 olympics so he has at least 2 world championships and one olympics left in him, maybe more.

What happened to Burras? I was surprised not to see him at trials

2
0
Reply
Guess Who
Reply to  Thorpedo

He put his education first, and who can blame him!!

Hmmmm I’d have to disagree with Duncan Scott being one of the best relay swimmers ever, James Guy is defiantly in contention splitting 1.43.8 and 5plus 1.44s in his career. Not alone the versatility of going 50.s in the 100 fly