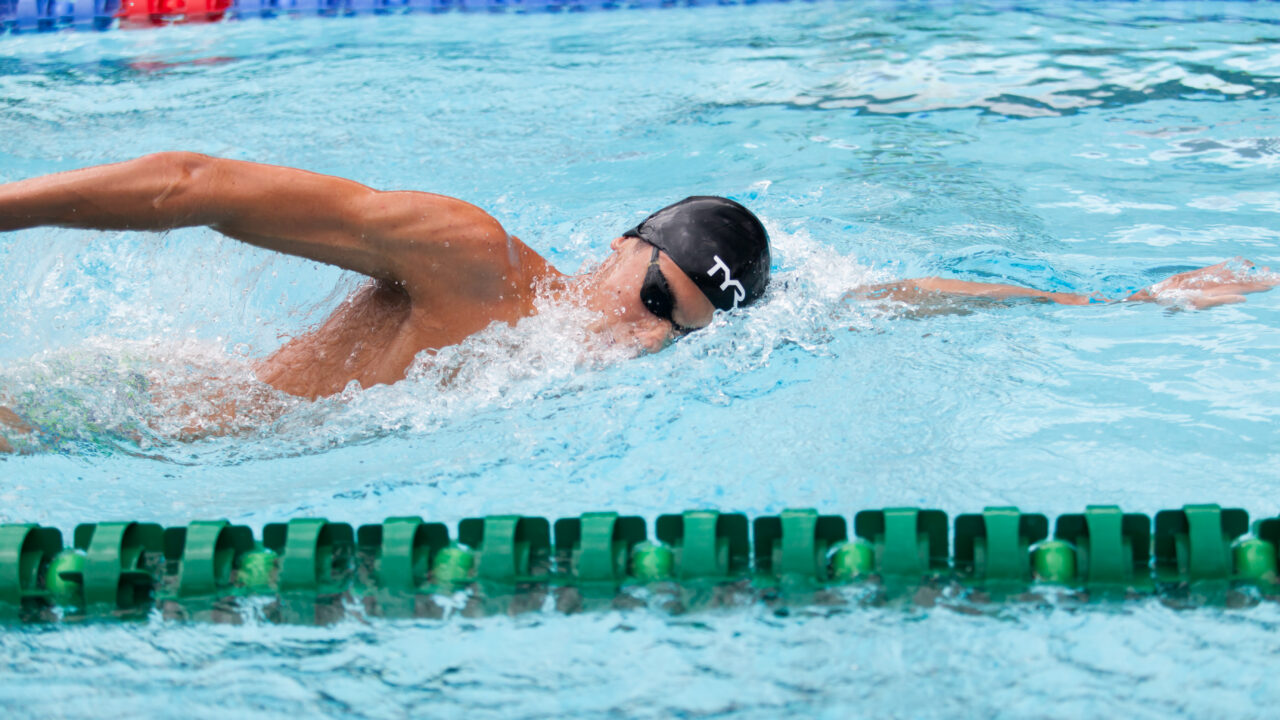 Popovici was almost 2 seconds off his new PB in the event but still managed to secure the top seed heading into semi-finals. Current photo via Tudor Pirvu

David Popovici returned on day 2 of the European Junior Swimming Championships after breaking the world junior record in the men’s 100 freestyle on day 1. Swimming the opening leg of the men’s 4×100 freestyle relay, Popovici blasted a 47.56 to shave 0.01 seconds off Andrei Minakov‘s 47.57.

On day 2 Popovici swam the event individually and was fairly conservative in his efforts, notching a 49.50 heats swim. That’s nearly 2 seconds off his newly minted WJR but still gets him the first place seed heading into the semi-finals. He’s closely followed however by Great Britain’s Edward Mildred who was the only other man under 50, hitting a 49.95 for second. That swim for Mildred is actually an exact match of his entry time in the event.

Poland’s Mateusz Chowaniec held a 49.20 heading into the event but added just under a second, hitting 50.02 for 3rd overall. Luxembourg’s Ralph Daleiden was right behind Chowaniec, hitting a 50.03 for 4th, and Portugal’s Diogo Matos Ribeiro followed in a 50.10 for 5th.

In the women’s 200 butterfly prelims, Anastasiia Markova managed to come out on top by over 2 seconds with a 2:10.63. That’s a slight improvement upon her entry time in the event of 2:10.87 and moves her from second seed to first heading into the semi-final. Hungary’s Reka Nyiradi went into with the top time of 2:10.64 put was a bit slower than that here, hitting a 2:14.08 for 5th overall.

No women in the 100 backstroke nor men in the 100 breaststroke were successful in cracking the 1:00 barrier during day 2 prelims. Spain’s Carmen Weiler Sastre got the closest in the women’s 100 back but still trailed the mark by over a second with her 1:01.37 for top seed. That was about a half-second slower than her entry time in the event of 1:00.66. Belgium’s Roos Vanotterdijk and day 1 400 IM victor Katie Shanahan of Great Britain also dipped under 1:02 with swims of 1:01.82 and 1:01.92, respectively.

A whole pack of women followed with 1:02s in the form of Hungary’s Panna Ugrai, Italy’s Erika Gaetani, Poland’s Laura Bernat, Russia’s Aleksandra Kurilkina, Ukraine’s Nika Sharafutdinova, and Italy’s Chiara Fontana. That makes for 9 swimmers under 1:03 during the prelims, compared to the 18 that were entered with times under that mark. We can expect to see more swims closer to the minute mark during semis and finals as swimmers aim to nab Polina Egorova‘s 2017 Championship record of 59.62.

In the men’s 100 breast, Simone Cerasuolo of Italy neared 1:00.00 with his 1:00.78, improving upon his entry time of 1:01.17 which he swam earlier this season in Riccione. The swim will give him a top seed heading into the semi-finals, ahead of Ukraine’s Volodymyr Lisovets‘ who was entered with the fastest time of 1:00.42. Lisovets’ was a bit off his best here and hit a 1:01.72 for third in the heats with Lithuania’s Aleksas Savickas notched a 1:01.52 for second.

He could have an ungodly drop in the next couple years that makes his current competitors (Dressel, Chalmers, Kolesnikov) look like chumps

For photogenic freestyle, , he already is .

To make them look like a chump would imply a 46.5 and that isn’t happening.

It was exactly like this. Seeing him in Rome now, it seems like he enjoys a lot what he’s doing and also he’s perfectly preserving his resources for the 100m free final when he will attend to lower his WJ record.

It was the most ridiculously easy swim.