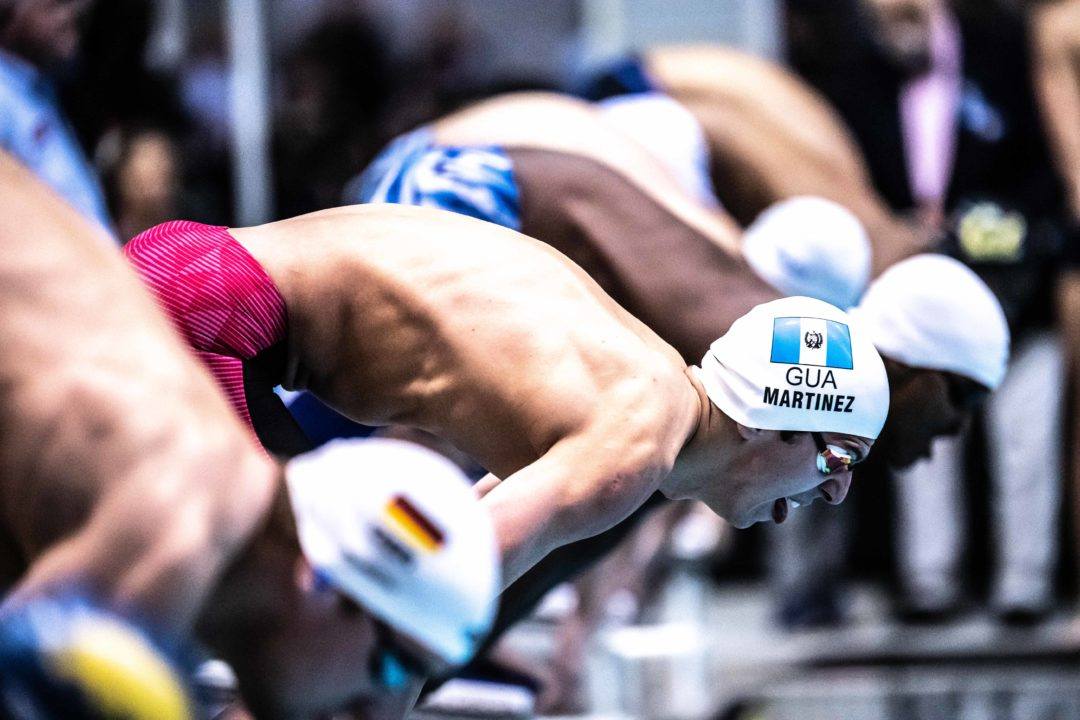 Guatemala will be represented by two swimmers at the Tokyo 2020 Games, including former Auburn swimmer Luis Martinez in the 100 butterfly. Archive photo via Mike Lewis/Ola Vista Photography

FINA has notified Guatemalan Gabriela Santis of a universality invitation to represent her country in the women’s 200 freestyle at the Tokyo Games that begin later this month. She joins Luis Martinez who will also represent Guatemala but on the men’s side. Martinez qualified by achieving the FINA “A” cut in the men’s 100 butterfly. The addition of Santis brings the total number of athletes for Guatemala to 23.

At the 2016 Olympics, Guatemala was represented by 21 total athletes, including two swimmers. Luis Martinez, who also will be representing the country in this year’s games, participated in the men’s 100 butterfly and earned a 19th place finish. On the women’s side, Valerie Gruest swam in the 400 freestyle and finished in 29th place. She also swam the 800 freestyle and finished in 22nd place.

Santis will race in the women’s 200 freestyle with an entry time of 2:05.36. She swam at Division II Delta State University as a freshman in 2016-2017 but didn’t continue in the US collegiate system.

Martinez will represent Guatemala in back-to-back Olympic games. Luis swam at Auburn University where he finished his career as a 3x NCAA All-American and the 6th fastest swimmer in school history in the 100-yard butterfly.

Guatemala has sent athletes to every summer Olympic Game since 1968. Overall, the country has earned one medal. In 2012, Erick Barrondo earned a silver medal in the men’s 20 km walk.

Questions- could someone explain the Fina standards when it comes to this? Congratulations to both of these awesome athletes?