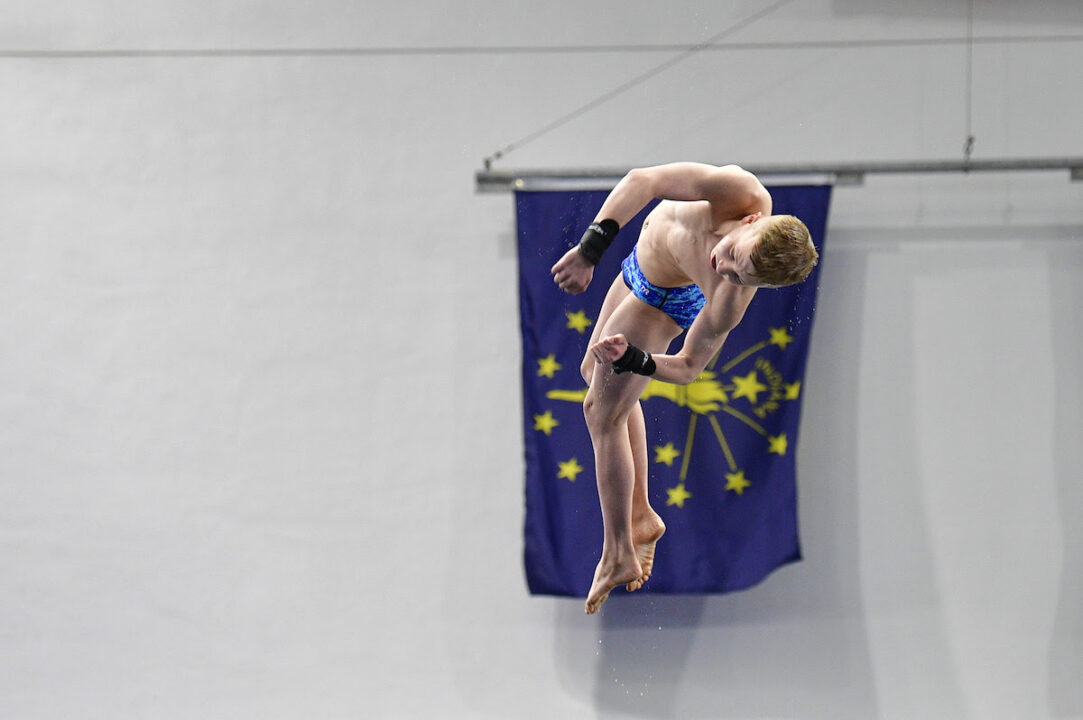 Hedberg qualified second in the event behind Miami’s Zachary Cooper who earned the gold medal with a cumulative score of 839.85. Cooper, who will also compete in the Men’s 10-Meter Synchronized event with Max Flory was a finalist in the 2020 FINA World Cup in Tokyo where he placed 12th. Indiana’s Carson Tyler rounded out the podium in third place after nailing his final dive, a Back 3 1/2 Somersault Tuck, to surpass 14-year-old Tyler Wills (RipFest). This event marked Wills’ first senior competition.

Hailey Hernandez (Texas) and Sarah Bacon (Minnesota) both earned their second selection to the 2022 FINA World Championships in the 3-Meter Individual competition. Hernandez, who placed 7th in the event, cruised through her preliminary round ending 34 points ahead of second-ranked, Kristen Hayden (Indiana).

Hayden, Bacon and Carolina Sculti (Standford) entered the finals separated by less than three points, all three divers earned 67.5 points on their first dive. Bacon, who had struggled with her second and third dives in the preliminary round, pulled ahead of Hayden and Sculti scoring another 67.5 on her second dive, a Back 2 1/2 Somersault Pike. The World Cup Silver medalist went on to score no lower than 7.5’s during her final list with an average score of 68.9, nailing her Forward 3 1/2 Somersault Pike for 77.5 points.

Despite missing her fourth dive, Hernandez maintained her lead scoring 69 points on her final dive, a Forward 2 1/2 Somersault 1 Twist Pike to earn the Gold with 656.75 points. Bacon finished 7 points behind with a total score of 649.75. Hayden rounded out the podium with 593.5 points to earn bronze.