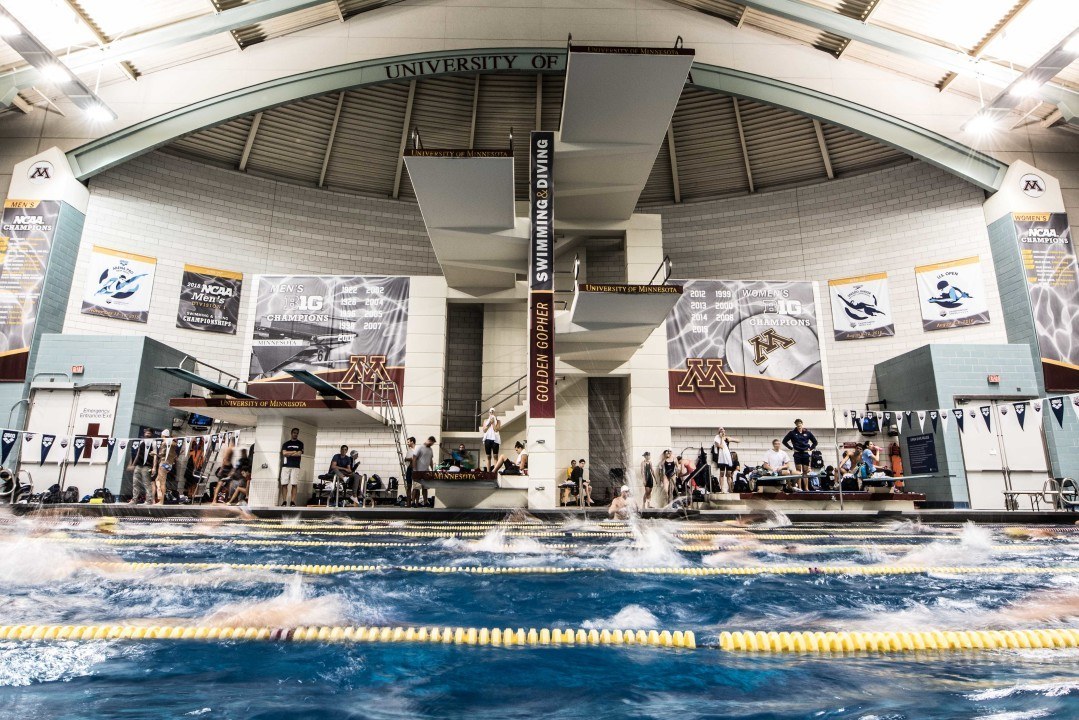 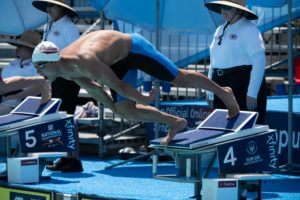 Through the final 2 days of competition at the Arizona Wildcat Diving Invite, All-American Rafa Quintero swept his events. SDSU’s Alexandra Caplan won the women’s 1-meter on Saturday, while Arizona’s Quintero won the men’s 3-meter. Quintero followed that up with a platform victory on day 3, while his teammate Sally Hackett won the women’s platform event. Results can be found here.

TUCSON, Ariz. – Arizona diving continued its success on day two of the Wildcat Diving Invitational as the men finished in the top-two and the women broke into the top-three. Rafael Quintero posted a first-place finish in the 3-meter followed by Dominic Ricotta, while Sally Hackett finished third in the 1-meter.

On the women’s side, including 40 divers, Hackett took third in the 1-meter final with 273.55 after winning the prelims (292.80). She was followed by teammate Kaitlin Costello who totaled a score of 272.85, improving from sixth in the prelims. Karolyn Loftus finished eighth in the event with 251.20.

TUCSON, Ariz. – Arizona diving concluded the Wildcat Diving Invitational with two victories in the platform. Sally Hackett was victorious in the women’s platform while Rafael Quintero finished first in the men’s intrasquad competition.

For the women, a total of 30 divers competed in the platform. Hackett won the event with a score of 272.25, 59.2 points ahead of the second place finisher. Karolyn Loftus took sixth scoring 195.20 while Kaitlin Costello placed 12th with 180.65.

On the men’s side, Arizona’s Quintero and Dominic Ricotta were the only divers. Quintero finished first scoring an impressive 431.05, edging out teammate Ricotta, who followed with a score of 316.75.

Overall, the Cats won all but one event in the Wildcat Diving Invitational. For the men, Quintero swept every event while Ricotta finished in the top-three. Costello earned a first-place finish in the women’s 3-meter on day one, and Hackett took first in the platform on day three.

Up next, Arizona swimming will head to Austin, Texas to compete at the Texas Invitational starting Thurs. Dec. 3 through Sat. Dec. 5.

“We had a lot of people doing new dives, harder dives, and overall again it was a great performance by everyone,” said diving coach Nikki Huffman. “Chelsea really dove well. She missed one dive by a little. (If she doesn’t), she’s in there contending for the win. I was proud of what everyone did today.”

Jackson qualified for the 1-meter final with a prelim score of 269.60. In the finals, she leaped past Arizona’s Sally Hackett and Northern Colorado’s Savanna Meadows to finish second overall, coupling with her seventh-place finish on 3-meter on Friday.

Senior Carlye Townsend enjoyed a strong day, finishing third in the consolation final and 11th overall with a season-best score of 261.20. Townsend narrowly missed her first NCAA Zone qualifying score by less than four points, but was able to improve on her preliminary score by nearly 20 points.

“This was the first time that Carlye made consolations on both 3-meter and 1-meter,” Huffman said. “She just missed a qualifying score and this is a tough meet to do that. That was excellent.”

Townsend was one of three Lumberjacks to advance to the consolation final as she was joined in the second-eight divers by junior Alexa Geiger and freshman Christina Torrente. Torrente improved three spots after nabbing the 16th and final consolation spot, finishing 13th overall with a season-best score of 239.15, by almost 30 points. It was also the second consecutive day that she moved up the board following the preliminary round. Meanwhile, Geiger placed 14th overall with a score of 237.20 in the consolation final.

The Northern Arizona Lumberjack divers conclude their weekend in Tucson with Sunday’s platform competition starting at 11 a.m. It will be NAU’s first appearance on the tower this season.

“There will be a lot of new dives done tomorrow,” Huffman said. “We have some people who don’t have a lot of training up there. I’m excited to see what they can do. We’re going enjoy the experience of the training time we have down here.”

Keep up with the action with live results courtesy of DiveMeets.

The San Diego State swimmers concluded competition at the Art Adamson Invitational Saturday evening, finishing with a total of 243 points and a sixth-place finish among the 10 teams at the meet. At the Wildcat Diving Invitational in Arizona, sophomore Alexandra Caplanwon the 1-meter event as SDSU placed a pair of divers in the finals for the second straight day.

Caplan placed second in the prelims of the 1-meter springboard at the Wildcat Invitational (in Tucson, Ariz.) with 284.60 points and improved on that score to win the event with a mark of 284.60 in the finals. Teammate Makena Chamoures, meanwhile, scored 262.30 in the prelims to finish seventh, then retained that place in the finals with a score of 256.00.

Two other divers were also involved on the 1-meter board with Payton Gabris finishing 19th in the prelims (227.40) and Nicole Dutton taking 24th (217.20). A total of 40 divers competed in the event.

TUCSON, Ariz. — Coming off a third-place finish in the consolation final on the high board on Friday, UC Davis senior Lucy Lafranchise won the consolation final on the 1-meter board on Saturday to close out day two of competition at the Wildcat Diving Invitational hosted by the University of Arizona at the Hillenbrand Aquatics Center in Tucson, Arizona.

After finishing 12th in the prelims with a score of 240.15, Lafranchise scored a 269.80 to win the consolation final by just under six points over New Mexico State’s Mackinna Hauff. The score was the third-highest of the year for Lafranchise, who holds three of the top four scores by an Aggie on the 1-meter board, and eclipsed the NCAA Zone qualifying mark of 265.00 for the third time this season.

San Diego State’s Alexandra Caplan won the low-board title with a score of 292.50.

UC Davis concludes the competition on Sunday (Nov. 22) with the platform event at 10 a.m. PT. Results will be made available online via the DiveMeets website at https://secure.meetcontrol.com/divemeets/system/meetresultsext.php?meetnum=3647.

TUCSON, Ariz. — Competing on the platform for the first time this season, UC Davis seniorLucy Lafranchise scored a 181.45 to finish 11th overall and pace the Aggies’ diving team on the final day of the 2015 Wildcat Diving Invitational at the Hillenbrand Aquatics Center in Tucson, Arizona, on Sunday.

A three-time NCAA Zone “E” qualifier who was her team’s top finisher on both the 1- and 3-meter boards to begin the weekend, Lafranchise finished just three points shy of the top 10, and led a group of five UC Davis divers in the event.