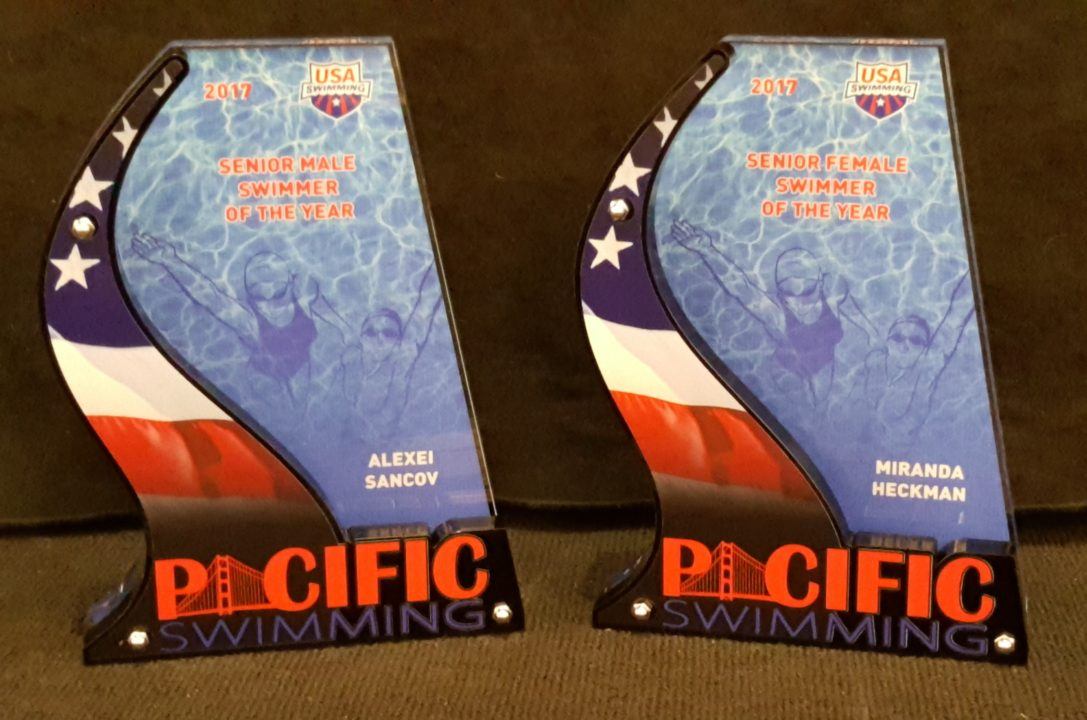 Pacific Swimming held their annual PacSwim Awards Saturday, October 7th at the Hilton Concord. The event featured dinner, special Speedo guest Kevin Cordes, and the presenting of the awards. 55 awards were given out in all.