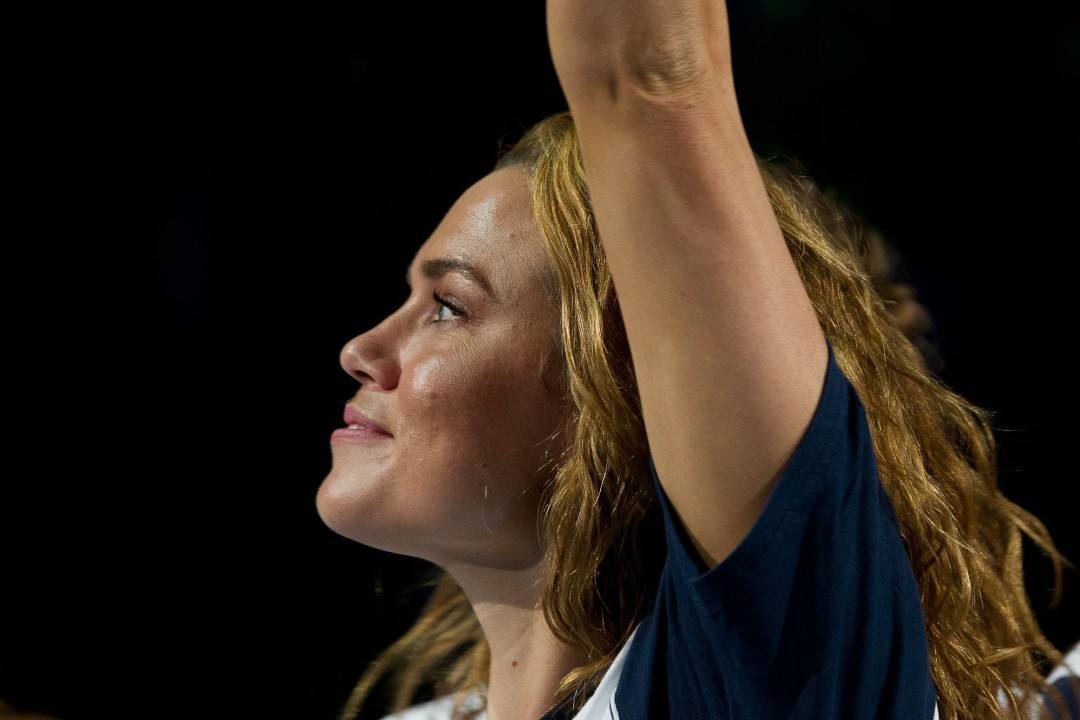 Coughlin and her husband Ethan Hall, a swim coach in California, welcomed their first child on Wednesday. Archive photo via Tim Binning/TheSwimPictures.com

The 36-year old Coughlin was a pioneer in 21st-century swimming. She became the first woman to ever swim faster than 1 minute in the 100 long course meter backstroke, and in 2008 became the first American women to win 6 medals in the same Olympiad. She also was the first woman to successfully defend a 100 back Olympic gold medal when she won back-to-back titles in Athens in 2004 and Beijing in 2008.

Congratulations to Natalie and Ethan !!

Congrats to the parents. Great news.
The baby already works backstroke! Probably a future underwater monster like the mother.

Looks like a natural back stroker, working on that streamline. This lucky baby will have a mother who exudes positive reinforcement and love.

McKeever just out of shot with a class of 2036 LoI.