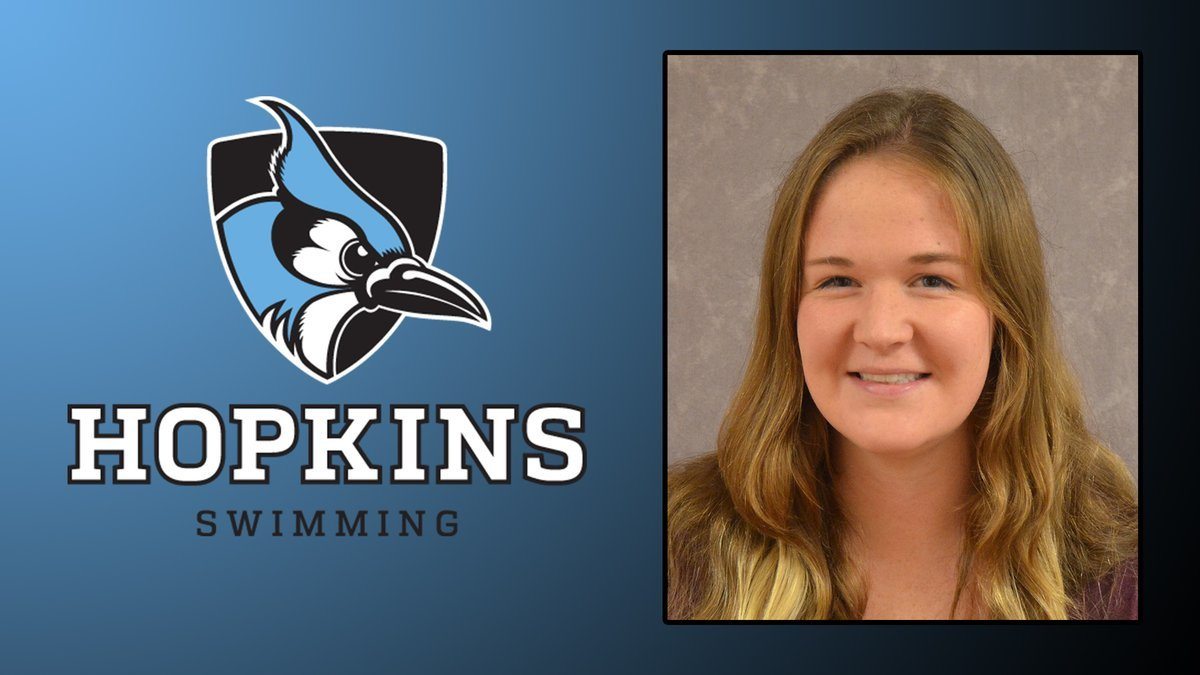 BALTIMORE, Md. – Johns Hopkins men’s and women’s swimming coach Scott Armstrong announced today that Margaret Zagrobelny has joined the Blue Jay coaching staff. She comes to Baltimore from Susquehanna, where she spent 2017-18 as an assistant swim coach and aquatics director.

“We were blown away by the quality of the applicants for this position,” said Armstrong. “Margaret made an instant connection with the coaches and athletes, we are excited to be bringing her energy to our team. It was clear on first meeting her that she has a bright future in coaching, it will be a true pleasure to work with her this coming season.”

Zagrobelny is a 2017 graduate of John Carroll, where she was a four-year member of the swim team. She led the Blue Streaks to the 2017 OAC Championship, the program’s first since 2008. She was a member of the record-setting 200 Medley Relay team and finished third in the 100 Back at the 2017 championships. She earned All-OAC honors five times in her career and won three OAC titles.

Zagrobelny helped the Susquehanna women’s team to its eighth straight Landmark Conference Championship and a strong runner-up finish for the men. She assisted head coach Jerry Foley in all aspects of the program, including coaching, recruiting, strength and conditioning and alumni relations. As Aquatics Director, she managed all pool-related operations.

Hopkins is set to open the season at the CSCAA Open Water National Championships on September 22, followed by a double dual meet with UMBC and Delaware on October 6.