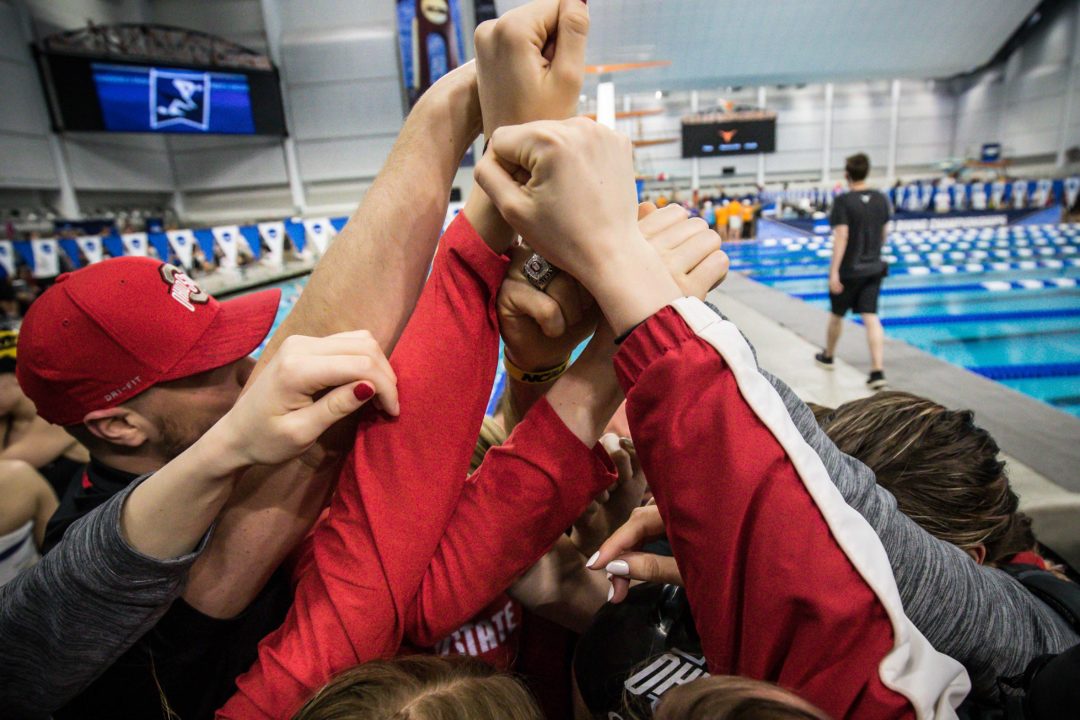 Will Myhre will join the Wisconsin Badgers as one of their top breaststrokers in the fall of 2021. He will have three years of remaining NCAA eligibility.

Billy Regan, a 2019 graduate of Southbury, Connecticut’s Pomperaug High School, is transferring from UConn to The Ohio State University for the 2020-21 season. He will join two other UConn-to-OSU converts – North Hansen and Gavin Moak – who found new homes in Columbus after UConn eliminated its men’s swimming and diving team.

Regan will enter the Buckeyes as a sophomore in the class of 2023. In high school, he lettered four years at Pomperaug High School under head coach Fran Pentino and helped Pomperaug win two state titles as a team captain. He was a USA Winter Nationals qualifier, a YMCA National champion and a NISCA All-American. As a freshman at UConn, he scored for the Huskies at the 2020 AAC Championships in the 200 breast (10th), 200 IM (10th), and 400 IM (10th) and achieved lifetime bests in all three events.

His times (and progression) in his best SCY events are as follows:

Wow that is quite the amount of new recruits. 15 in total – how big is the OSU roster?

Why would tOSU want to become UConn?

Billy swam for RYWC not for Cheshire