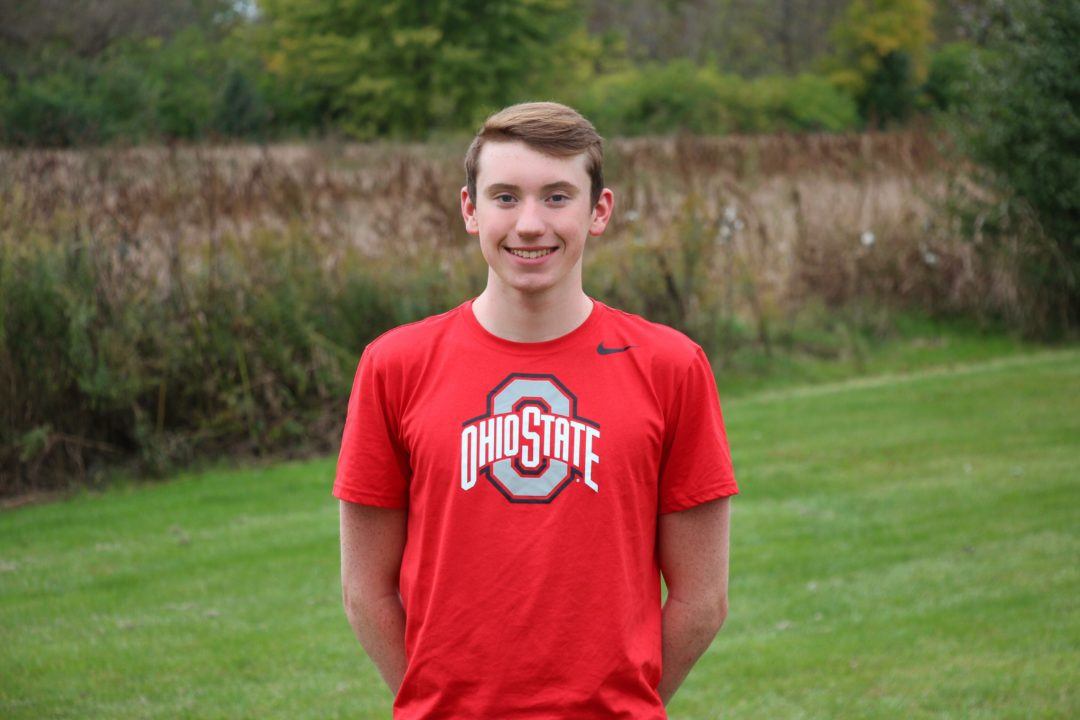 Waynesville, Ohio’s Owen Conley, the #19 recruit on our Way Too Early Class of 2020 list, has verbally committed to The Ohio State University.

“I’m very excited to announce my verbal commitment to continue my athletic and academic career swimming at The Ohio State University! Thank you to my family, coaches, and friends who have supported me along this journey. Go Bucks!!! 🌰”

In club swimming Conley represents Dayton Raiders. This summer he improved his times in the 100/200 back, 200 fly and 200 IM at Phillips 66 Nationals and Speedo Junior Nationals. At the latter he finaled in the 200 back (21st) and 400 IM (18th). Conley’s top event is the 200 back, which will be a boon to the Buckeyes who only had 2 scorers in 3 heats of 200 back finals at 2018 B1Gs. Conley’s best time would have placed him squarely in the C final. He needs to drop about 2 seconds in the 100 back to get a second swim at the conference meet and he’s still 1.5 seconds off finaling in the 200 IM. He will join a training group that includes Paul DeLakis and Andrew Loy, both of whom made the 200 IM A final in 2018.

CONGRATULATIONS to the #DaytonRaiders own @owen_conley for announcing his verbal commitment to continue his academic and athletic career at The Ohio State University!
Keep reaching for your goals Owen, we’re proud of you!#usaswimming #Buckeyes @swimswamnews pic.twitter.com/iKUnZc5eW1

This guy wrecked me