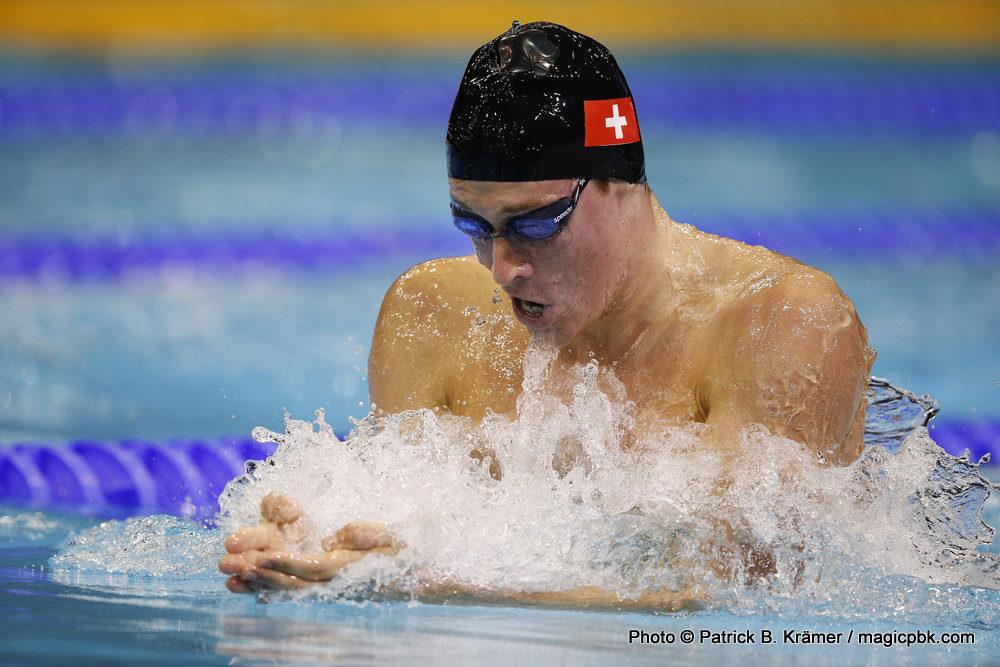 Switzerland’s Long Course National Championships took place in Geneva this past weekend, with several notable championship and Swiss National Records being taken down before the meet’s conclusion.

Yannick Käser led the way with two impressive breaststroke swims to shake up the record books.  First he clocked a 2:12.33 for a new championship record, replacing the old mark of 2:12.99 he held himself from the 2012 edition of the meet. This time allowed Kaser to crack the world’s top ten in the event, now sitting 9th behind Great Britain’s Adam Peaty.

Käser’s followed that victory up with a 100 breaststroke time of 1:01.66, which narrowly broke both the championships record, as well as the Swiss National Record. Käser held both previous marks from his 1:01.67 outing at this meet in 2012 and was able to shave off just 1/100 to claim an updated time and to make it within the top twenty men worldwide.

Jérémy Desplanches also did some Swiss National Record damage at the meet, as he swam himself to a new mark in the men’s 400 IM event.  Desplanches’ new time of 4:19.01 knocked over a second off of his previous national record mark of 4:20.27 from February 14th of this year.  It also was over a second and a half faster than the Swiss Championships record time of 4:20.83, set all the way back in 2001 by Yves Platel.  Desplanches now sits as 9th-ranked in the world with this performance.

The men weren’t done yet, as one more record would fall in the form of Nico Van Duijn’s 100m butterfly victory, which set a new championships record time of 53.35 set in prelims.  This mark bettered that of his 53.66 championships record of 2013; a mark which Duijn actually already surpassed with his prelims swim of 53.51 earlier the same day.

The Swiss women were not quite as dominant on the individual event level, as the only record breaking took place in the 200m freestyle, where Noemi Girardet swam to a win in a new championship record time of 2:01.23.  This replaced the old record of 2:01.47 set by Danielle Villars from 2012.

On the relay scene, however, two Swiss National records fell, as the women’s 4×100 free relay team of SC Uster Wallisellen 1 claimed the win in 3:49.18, dipping under the previous record of 3:51.28 set by the Limmat Sharks last year.  To conclude the meet, the SC Uster Wallisellen women were at it again, clocking a new mark of 4:16.57 to set a championships record in the 400 medley relay.

Proud of Yannick…what great accomplishments!
PS – he spells his name with two n’s!