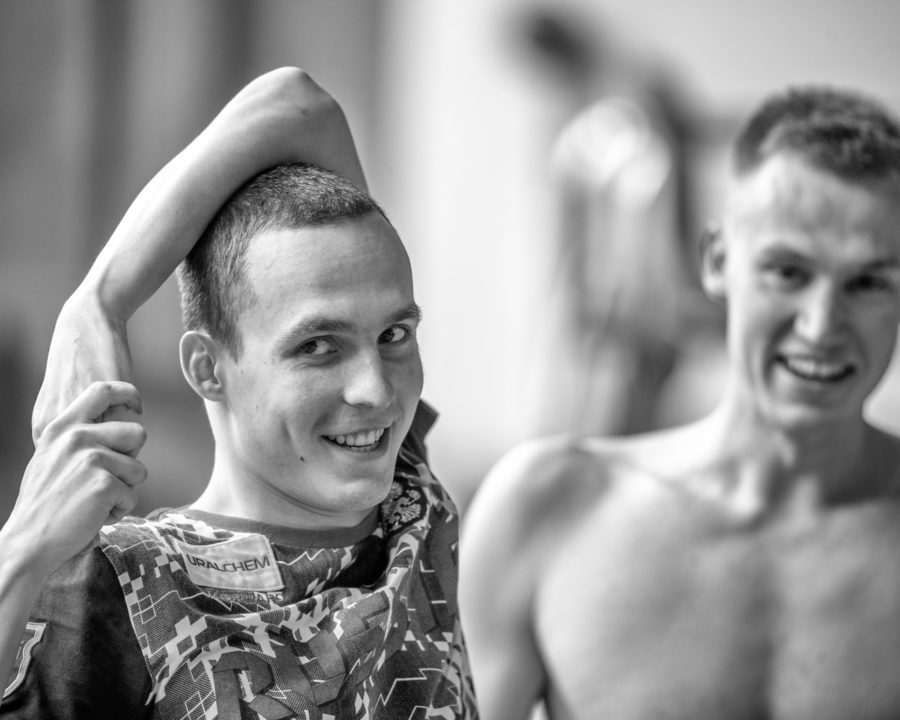 Russian world champion and world record holder Anton Chupkov is on the prowl, ready to race in his home nation this October. Archive photo via “Rafael/Domeyko Photography”

World record holder Anton Chupkov of Russia plans to compete at the Russian Championships in October, according to local media. Chupkov rocked the swimming world at the 2019 FINA World Aquatic Championships when the 23-year-old clocked a new world record time of 2:06.12 in the men’s 200m breast en route to gold.

Nemtryev says the training pair’s arrangement “was organized for us by the federation, and I want to say thank you – the best gathering in my memory.

“An outdoor pool, everything we need for recovery, what we need after spending so much time in self-isolation. I would like to see this continue.” (Sports.Ru)

Chupkov appeared in a TV program in Russia in July, where he addressed his reaction to the Olympic Games postponement to 2021.

“This was a difficult moment because I spent four years at the highest level and felt that at the Olympics one could show an even better result, jump even higher.

“Sometimes I die in training, sometimes it seems like this is really the end. There was very serious work, it happened that it got dark in the eyes, gasped. I don’t even want to remember. I thought that I did it and I will never swim like that again, no matter how the Olympics go. Now it turns out that everything must be new.”

Rebounding and refocused, Chupkov now says that ‘everything has already fallen into place.’

“What happened before the quarantine has already been worked out and made up for.” (SportsBox.Ru)

Chupkov is set to not only race the aforementioned Russian Championships at the end of October but the Russia Cup at the beginning of that month.