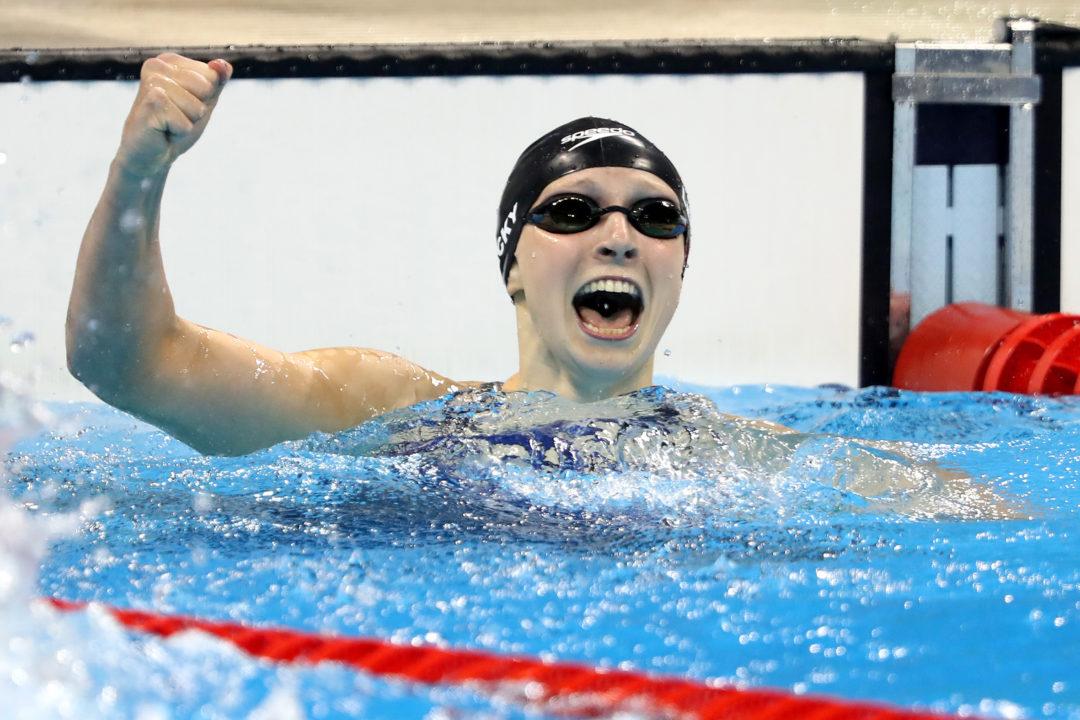 Would you rather break a world record, or win an Olympic gold medal? Vote on which side of the fence you fall on. Archive photo via Simone Castrovillari

A debate that has likely popped up at some point in conversation among a group of swimmers, or similar Olympic sports like running, is: would you rather break a world record, or win an Olympic gold medal?

It’s a complicated question and one where both answers are certainly justifiable. Below, let’s look at the case for each. Vote on which you believe in below.

THE CASE FOR WINNING AN OLYMPIC GOLD MEDAL

In swimming, the Olympics are everything. At least, that’s how it’s framed and looked at by many. In the US, once you’re out of college everything is geared toward performing at the Olympic Trials and then ultimately the Olympics. The sport is gradually moving away from the Olympics being the sole indicator of a successful career, but in many ways what an athlete does on the world’s biggest stage is what will define them to the public.

Winning an Olympic gold medal means performing under immense pressure. Four years of day in, day out grinding. The entire world watching. It can bring fame, sponsorship deals, and a feeling of accomplishment unmatched in the sports world. But, perhaps the most important factor in this debate is that an Olympic victory will go down in history and never be erased. The same can’t be said for a world record.

Another thought in favor of Olympic gold: an athlete’s legacy is often a huge motivator. They want to be remembered for being great. If you’re the world record holder but are unable to perform at the Olympics, you’ll likely be remembered for cracking under the pressure rather than being the fastest ever.

Ultimately, an Olympic gold medal is something you can touch, something you can show, something you can present as tangible evidence of your greatness. It’s durable, in a literal sense and in a sense of memory. It lasts forever, stands up in its glory without the need for elaborate context about the evolution of sport. A World Record will eventually be broken, and exist only as a memory. A wonderful memory, but a memory none-the-less.

THE CASE FOR SETTING A WORLD RECORD

The argument for the world record is relatively simple. Setting one means that, at the time, you’re the fastest (or furthest, highest jumper, etc.) in the history of the event. In winning the Olympics, you’re the fastest on that specific day. Of course, everyone is shooting to be their best on that day, but being the fastest ever brings a certain amount of prestige.

There are also certain factors that can interrupt someone’s ability to compete at the Games. Athletic careers don’t last forever, and the Olympics only occur once every four years. Injuries, illness, postponements and boycotts are among the things that could get in the way of an opportunity to win Olympic gold.

And there are definitely athletes out there who would be more satisfied with, for example, a 400 free world record of 3:39.50 over winning Olympic gold in 3:42.00. If you’re more concerned with maximizing your ability as an athlete, compared to winning the most prestigious competition in the world on one specific date, then perhaps the world record is for you.

100% win an Olympic gold. It’s a dream of many from the start. Being the best in the World, standing on top of the podium, at the Olympic Games. I don’t know if many athletes would chose otherwise. If one breaks a world record but doesn’t win at the games, that person has not performed at the moment when it matters the most.

Which one gets you more prize money?

I broke a school record during prelims of a meet, my teammate broke it 2 minutes later. go for the medal, records are meant to be broken

I would think the context of the achievement would also determine which you would choose- Im thinking of Simone Manuels 2016 gold here. I wouldnt want to assume how she feels, but in my mind Id think being the first African-American woman to win an individual swimming gold would trump a world record that people outside the swimming community may never know about.

Do you get anything physical for breaking a WR? Like, something you can put in a frame?

You get a certificate. Not sure if this has always been true, but they send out certificates now.

Jodie Henry broke the WR in 100 free semi in Athens, then won the gold medal the next day, talk about being under pressure!

Gold medal but only if I live in Singapore so I also get a million dollars.

This would be a great question to ask someone like Dr. Jenny Thompson (when this CoVID-19 stuff goes away). She held the world records in both the 100 free and 100 fly, shattering the barrier-breaking 1981 swim by Mary T in the latter, has 12 Olympic medals which ties her with Dara and Natalie for most ever by a female swimmer, but her highest individual Olympic finish was 2nd in the 100 free in 1992.