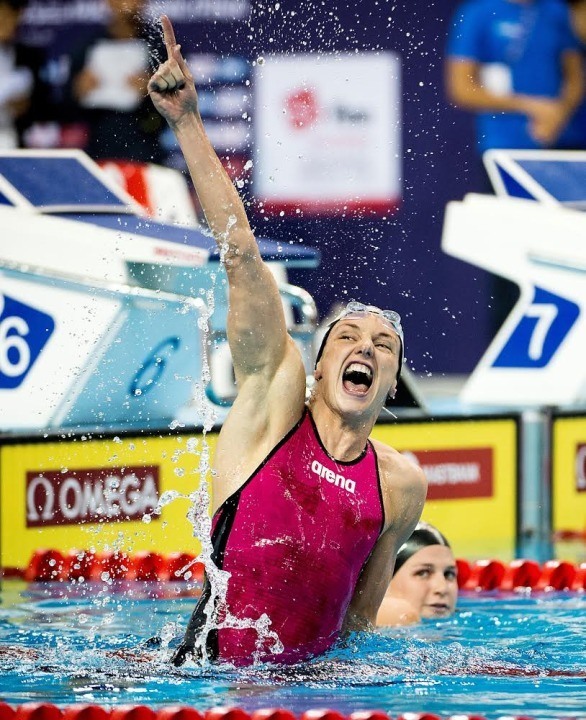 Katinka Hosszu's points lead is insurmountable, but Lu Ying could break her streak of winning the top performance bonus at each World Cup stop. Archive photo via G. Scala/Deepbluemedia

As they did in the money lists, defending series champs Katinka Hosszu and Chad le Clos continued to add to their points leads on day 1 of the Beijing World Cup. By this point, with just two and a half World Cup meets left on the season, both should feel pretty comfortable in their abilities to repeat as series champions.

For le Clos, his closest competitor isn’t even competing in Beijing. American Tom Shields, who had a great second cluster to move into second overall, is absent from this week’s World Cup, and is hanging onto second place by a threat. Daniel Gyurta put up 18 points on day 1 and now sits just 7 behind Shields. Le Clos has 318, and leads both by nearly 100.

Hosszu is just about to crack 700 points on the season, sitting three shy after putting up 54 on day 1 in Beijing. Inge Dekker is her closest follower, back at 273.

But Hosszu’s streak of winning the top performance bonus at every World Cup meet this year could be in jeopardy. Currently the best performance in FINA points is Chinese butterflyer Lu Ying‘s 100 fly, which broke Asian and Chinese records and earned 952 FINA points. Hosszu’s top event was her 946-point 800 free. Dekker currently has the second-best swim at 948, also from the 100 fly.

For the men, it’s Le Clos on top with his 969-point 50 fly. He could very well improve that score tomorrow with the 100 fly, where he’s been right on the world record most of the series.

Each meet gives out performance bonuses to the top 3 individual swims. The best swim earns 24, second-best 18 and third-best 12.