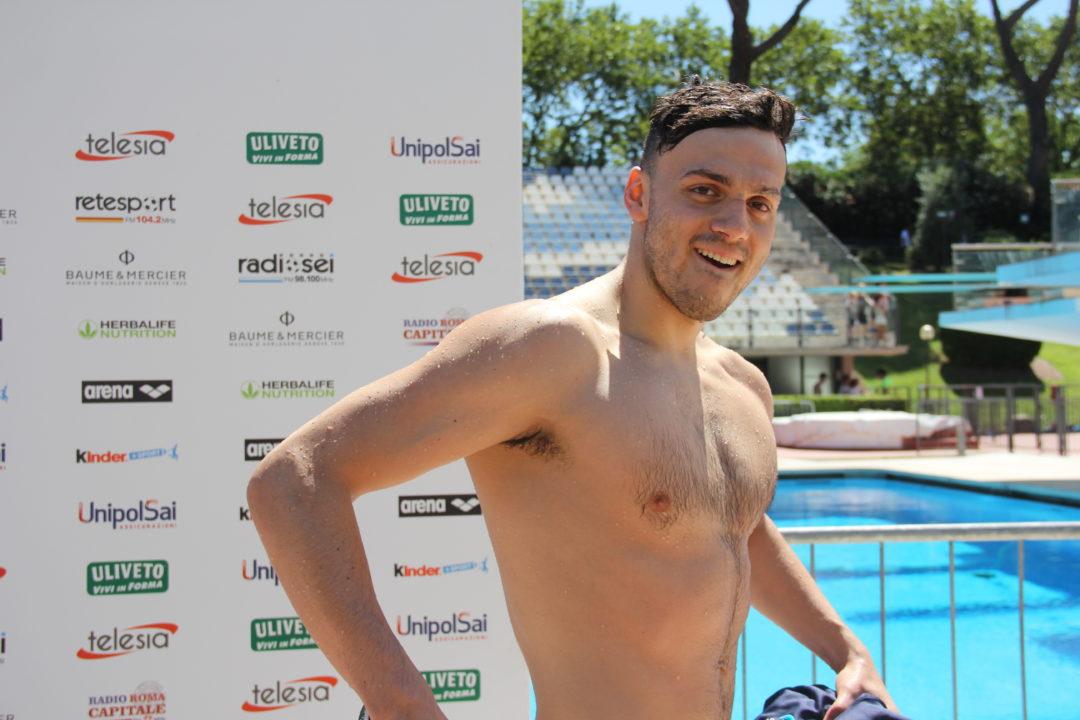 With less than a year to go until the 2020 Olympic Games in Tokyo, Japan, British dynamo James Guy has decided to change primary coaches. Archive photo via Giusy Cisale

With less than a year to go until the 2020 Olympic Games in Tokyo, Japan, British dynamo James Guy has decided to change primary coaches. The 23-year-old former World Champion will remain at National Centre for Swimming at the University of Bath, but Guy will be saying good-bye to Coach Jol Finck and putting his faith now in Coach Dave McNulty.

Guy had been with Finck for the majority of his career, following the man from Millfield School, where Finck served as Director of Swimming for 8 years, to Bath when Finck made the move in 2017.

Under Finck’s guidance, Guy took the 2015 World Championships title in the men’s 200m freestyle, followed by 2 silver medals in British relays at the 2016 Olympic Games in Rio. At the 2017 World Championships, Guy was a member of Britain’s 4x200m freestyle gold medal-winning relay, while he also nabbed bronze in the medley relay and individual bronze in the 100m fly.

More recently in Gwangju at this year’s World Championships, Guy took home the men’s medley relay gold while earning bronze in the mixed version of the same event. The former medal represented a huge victory for Great Britain, as the reigning 4x200m freestyle champions from 2017 were relegated to 5th place.

Of his decision to make a coaching change in the final stretch leading to Tokyo, Guy told SwimSwam this week, “I’ve had an amazing 8 years with Jol and some fantastic swims. I just want to find a new energy for this year and I feel a change is needed.”

“I have a great relationship with Dave [McNulty],” Guy says of his new coach. “He’s a big believer in hard work and pushing his swimmers and I’m excited for that this year.”

Specific to his new training partner Dean, the versatile ginger made his individual World Championships debut by finishing 11th in the 200m IM in Gwangju, in addition to splitting 1:46.10 on the aforementioned 4×200 relay for GBR that finished 5th and qualified for Tokyo.

Guy said, “The new atmosphere of training with Tom Dean will be great. He’s a hard worker and will be good to push each other mentally and physically in training.”

The coaching change for Guy isn’t the only shake-up to happen to Bath in the past few weeks. As we reported earlier this month, Olympic silver medalist Siobhan-Marie O’Connor decided to pull up camp and move to Loughborough.

After 8 years of working with my Coach Jol Finck – winning European, World and Olympic Medals. I’ve decided to move on and find new energy for Tokyo 2020. It was a tough decision but I’m excited to start my new adventure into the Olympics with David Mcnulty!

Who is Fink left coaching now?

Cam kurle and Calum Jarvis
On a extraordinary salary as well

That category faded into the nether now that the once princely leader of the gang turned into a p**** whipped wimp .

Only surprise here is that he stayed in bath at all. With O’Connor leaving it looks to be imploding somewhat.