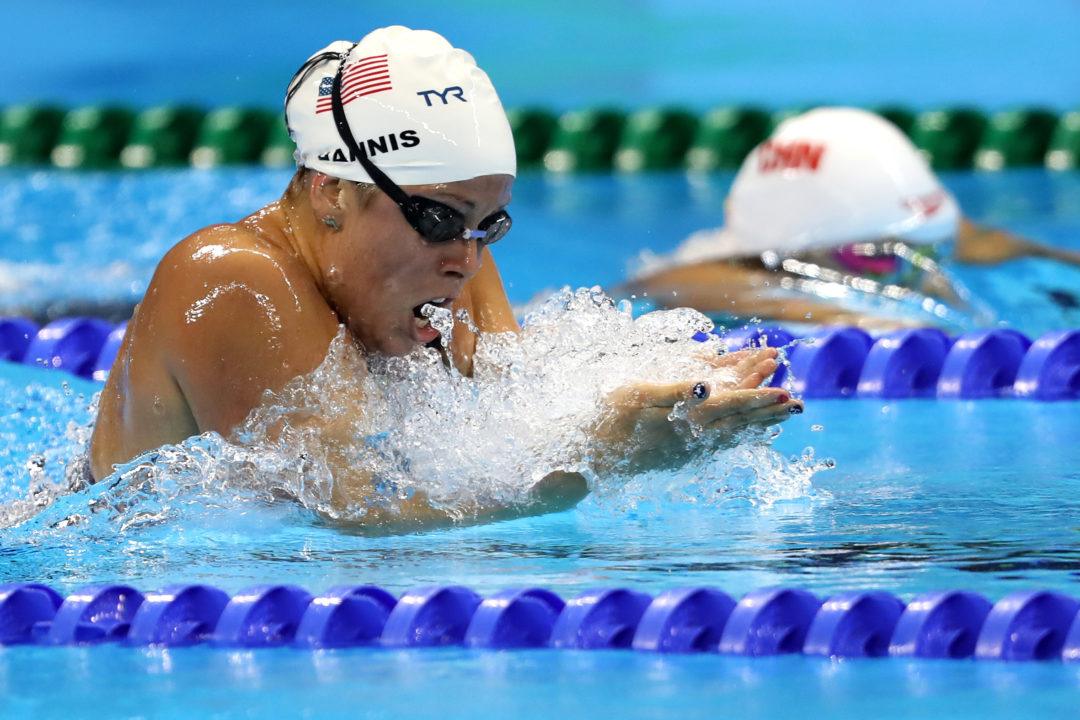 We’re used to American dominance in this sport. It’s what we know.

But dominant doesn’t mean perfect, and it seems that every Olympics in this century, the Americans tend to have an event where both swimmers miss the final.

Were they expected to make it? Nope. Is it that big of a deal that they missed it? Not really.

Rather, it serves as a reminder that as dominant as the Americans are, they’re not perfect. There are American swimmers who miss the final, sometimes both in the same event.

So, what does that mean, exactly?

It plays into the storyline of the rest of the world “catching up,” if you will. While America is the iconic model of swimming greatness, as a whole, it is certainly not the model for female 200 butterfliers. The rest of the world doesn’t really look up to the American male sprint breaststrokers. It means that, yes, the mighty United States has something to work on.

Which is great. The better the rest of the world gets, and the more that other nations set the pace for various events, the more competitive the entire playing field gets. It’s everyone chasing each other.

This isn’t to say that it’s necessarily *good* that Americans are missing Olympic finals. This isn’t to take away from the tough performances that King and Hannis gritted through. It’s not all about the Americans! My hands are on your ears and I’m shaking your head!

This is about the sport of swimming; the grand scheme of competition. And while King and Hannis might have missed the mark in this event, the Americans have plenty to be excited about this week.

Other than the disappointment of the 200 breast for the U.S. this evening, there were plenty of highlights for North Americans on day 5. Take a look:

In the medal column, the United States had their slowest night thus far, but still added one medal of each color to make it an impressive total of 21 through five days.

With their fourth medal, the Canadians now have won the same number of medals in swimming through five days in Rio than they did at the previous four Olympics combined.

Wasn’t Bethany galat faster then both at US Open?

Well, being a bully doesnt always work out for her.

How’s it bullying when Efimova did this to herself by cheating in the first place?

So I take it you are one of those who defend cheaters? How wonderful of you.

I don’t defend so called “cheater” . My point is that a champ should act with class.

Actually, she acted with class.
If I were her and knew that my main rival cheated, I would have beaten her to a pulp.

I stand with Yulia and I’m proud to do so.

King may never be a 200 swimmer, but that’s OK, she won gold and can be proud of that. R2SJ does have a point though. Efimova never engaged with her. King was out there thinking she’s Rosa Parks or something. The King antics are no better than Le Clos ready room behavior, but I’m sure you all think differently about that.

LOL. You are trying too hard.

Absolutely Goyulia. You are right on…it is cool for King to act boorish but not Le Clos. Go figure. It is obviously in the eyes of the beholder. Some say Trump, some say Hitlery.

Or you might argue that on one hand, the rest of the world still has some work to do to catch up with the US in the women’s 100 breast where US women placed 1, 4, 7, & 9th on the year. But yes, currently, have more work to do in the longer event. We clearly lead the world in the shorter of the two breaststrokes!!