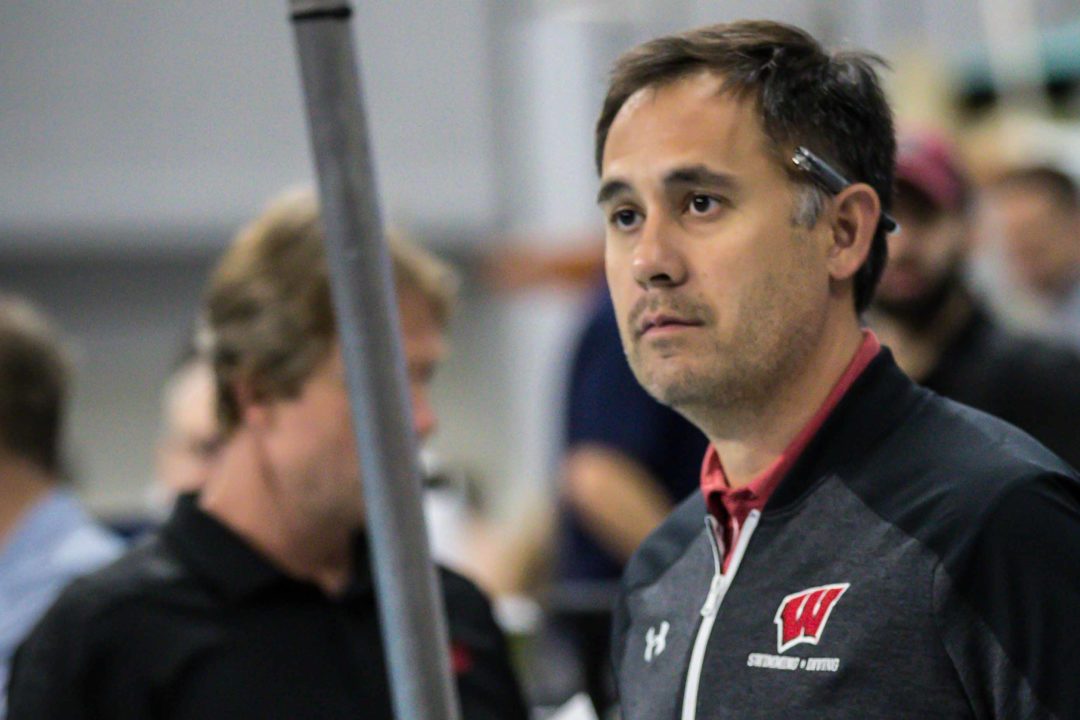 Suguiyama's 3-year contract was extended to run through June of 2022. Archive photo via Jack Spitser/Spitser Photography

The University of Wisconsin’s Athletic Board met on Friday afternoon and approved contract extensions for 6 of its intercollegiate head coaches, including head men’s and women’s swimming & diving coach Yuri Suguiyama. His contract was extended through June 14th, 2022: maintaining its original 3-year length.

Wisconsin uses a unique method of contract renewal for its head coaches. Each season, the athletics department makes a recommendation to the board on whether to renew a coach’s contract (which keeps it at the same length – in Suguiyama’s case 3 years) or to maintain it (without adding the extra year).

In Suguiyama’s first year in taking over the program from Whitney Hite, the Wisconsin men placed 36th at NCAAs with 7 points, while the women placed 16th with 100 points. For Wisconsin, that included an electric junior season from Beata Nelson, who won NCAA titles in the 200 IM (1:50.79), 100 back (49.18), and 200 back (1:47.21). The latter two of those results were the fastest times in history in those events.

According to a public salaries database for the University of Wisconsin, Suguiyama received $23,182 in base pay for the 2017-2018 academic year, which amounted to about 2 months of work after an official start date of April 24th (with the Wisconsin fiscal year running through June 30th). That figure doesn’t include bonuses or stipends; nor any money that might be paid for by the athletics booster club or directly from program sponsors. His predecessor Hite received regular pay of $143,172.46 for the 2017 year, which was actually a decrease from the year prior.

He deserves more than whatever they are paying!

Hopefully that means he is staying. Fingers crossed 🤞

Needs to up the men’s program.