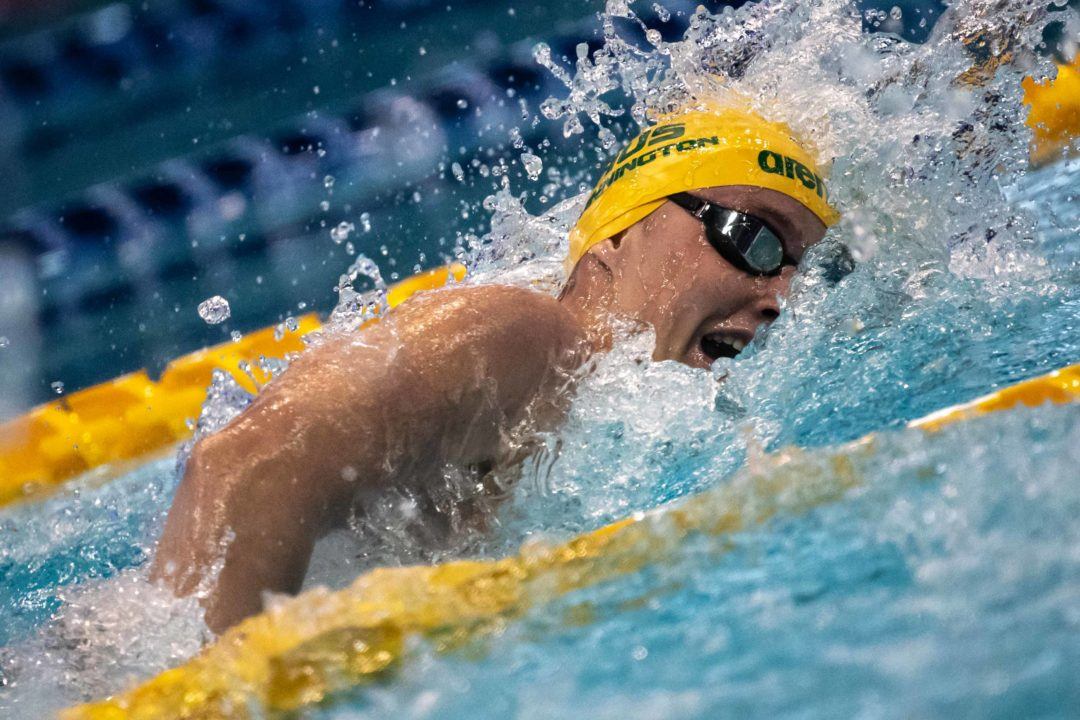 For the 2nd time in as many days, both 19-year-old Elijah Winnington of Bond and 23-year-old Mack Horton of Melbourne Vicentre have been shut out of World Championships qualification in favored events.

First on night 1, Winnington wound up with the bronze in the 400m free, which is an achievement, but missed the main goal of Gwangju qualification .

Horton, the reigning Olympic champion in the 400m free, took silver in 3:46.47, a solid result on the surface, save for the fact he, too, also missed the QT.

Flash forward to tonight, and the trouble continued for the pair in the men’s 200m free, with both Winnington and Horton missing the top 4 slots for relay qualification, let alone an individual medal.

Winnington’s personal best in the 200m free event is represented by his recent mark of 1:46.13, the shiny new World Junior Record the ace registered at the Queensland Championships last December. He followed that up with a 1:46.91 for runner-up behind Chalmers at the Australian National Championships this past April.

Horton’s fastest ever in the 200m free came with his 1:45.89 logged for silver at the Commonwealth Games last year at home. At that meet, both men were also a part of the gold medal-winning 4x200m free relay that set a Games Record. Winnington split 1:45.97, while Horton anchored in 1:46.93.

As such, both men have proven they have the mettle to produce the World Championships QT of 1:46.28, but why they’re having difficulties turning their talent into results here thus far is puzzling.

They’re both slated to take on the 800m free tomorrow, so we’ll see if they can turn things around in enough time to make the plane to Gwangju.

Winnington will never make an Australian open team until he fixes his head/body position.

The Aussies have 3 fantastic legs so far for the 800 free relay ….they are dangerous . Usa better put their best 200 freestylers in prime shape this year if they want to win that relay this summer and next ….

I think the potential is there, as I can see lots more improvement from Chalmers & maybe not for worlds but next year Olympics from Horton & Winnington as well.
The key for the Aussies as Commonwobat says above it’s consistency @ international level.

Horton has been rather ip n down in performances since Rio.. not sure why but he sure is an enigma …

Horton tends to have maybe a handful at most of good swims per year and outside of that, what you get is “plod”. Sometimes that coincides with Trials and we see 2-3 excellent swims but that quota of good swims runs out at some point of the major meet where you need to bring your A game to heats and there may also be 4X200 relay duties. At this meet he hasn’t been bad per se but clearly the taper has been miscalculated in some way.

I was actually more surprised by Winnington’s underperformance than Horton’s given Mack has a history of inconsistency going back even before Rio.