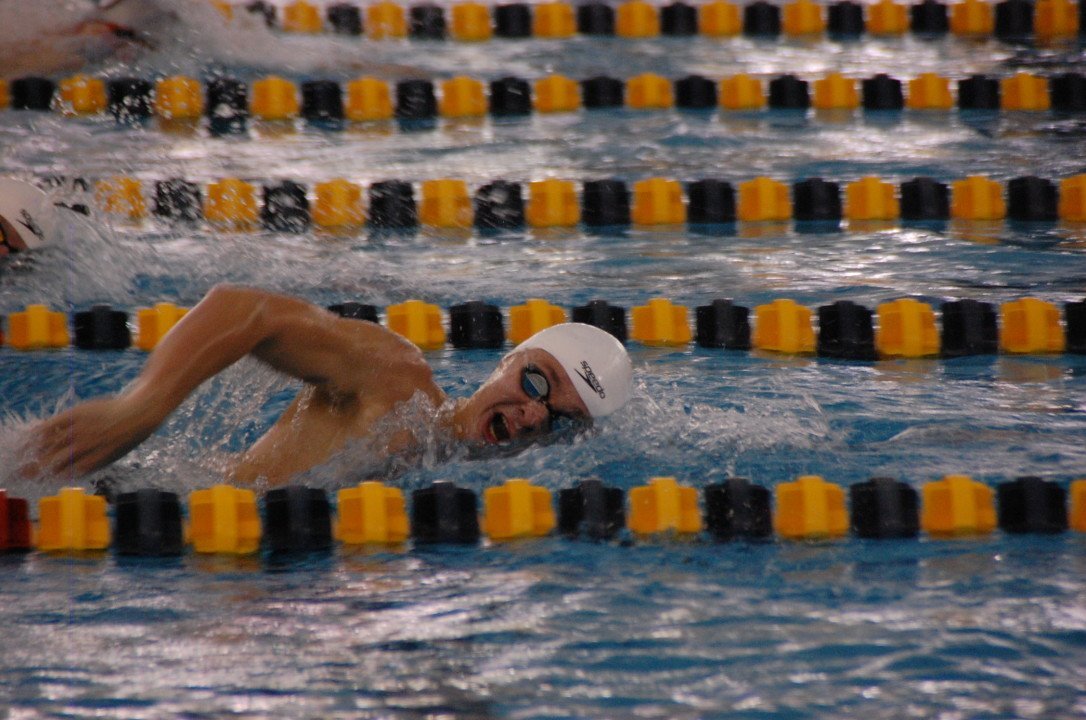 Joel Ax won the 200 free and the 200 fly as the Bees placed fourth in the SCAD Invitational in Savannah. The SCAD women came in third. Wingate swept both meets. Archive photo via Anne Lepesant

THE QUICK STORY: The SCAD Savannah men’s swimming team – No. 4 in the NAIA – hosted the 12th Annual SCAD Invite December 1-3 and placed fourth out of 15 teams.

WINNING TIMES: Joel Thatcher won the first event for the Bees when he placed first in the 500-yard freestyle with a time of 4:28.35 Thursday night.

RELAY FINISHES IN THE TOP EIGHT: The 800-yard relay team of Josh Smilie, Thatcher, Roger Kjos and Ax came in second with a time of 6:51.67 while Thatcher, Anton Arvidsson, Ax and Nick Wargo placed third (3:06.33) in the 400-yard freestyle relay.

THE QUICK STORY: The SCAD Savannah women’s swimming team – No. 1 in the NAIA – placed third at the 12thAnnual SCAD Invite. The team hosted 14 other teams at the Chatham County Aquatic Center December 1-3.

The previous 100-yard freestyle record (51.54) was held by Cassie Dixon at the Blue Mountain Conference Championships while the 200-yard butterfly record (2:03.33) was set at the 2013 NAIA National Championships by Hannah Legg.

WINNING TIMES: Woody won the first event for the women on Thursday night in the 50-yard freestyle with her time of 23.44. The senior went on to win the 100-yard freestyle (51.36) as well.

In the 200-yard medley relay, Woody, Rozar, Cadie Crow and Abigail Richey finished in sixth with a time of 1:50.00 while the team of Crow, Lacusky, Reinhardt and Richey placed sixth (4:00.75) in the 400-yard medley relay.
WHAT’S NEXT? SCAD is back in the pool on January 7 when the team competes in the Converse Quad in South Carolina. The meet starts at 1:00 p.m.