Blueseventy Swim of the Week: Tom Shields In His Element With 43.84 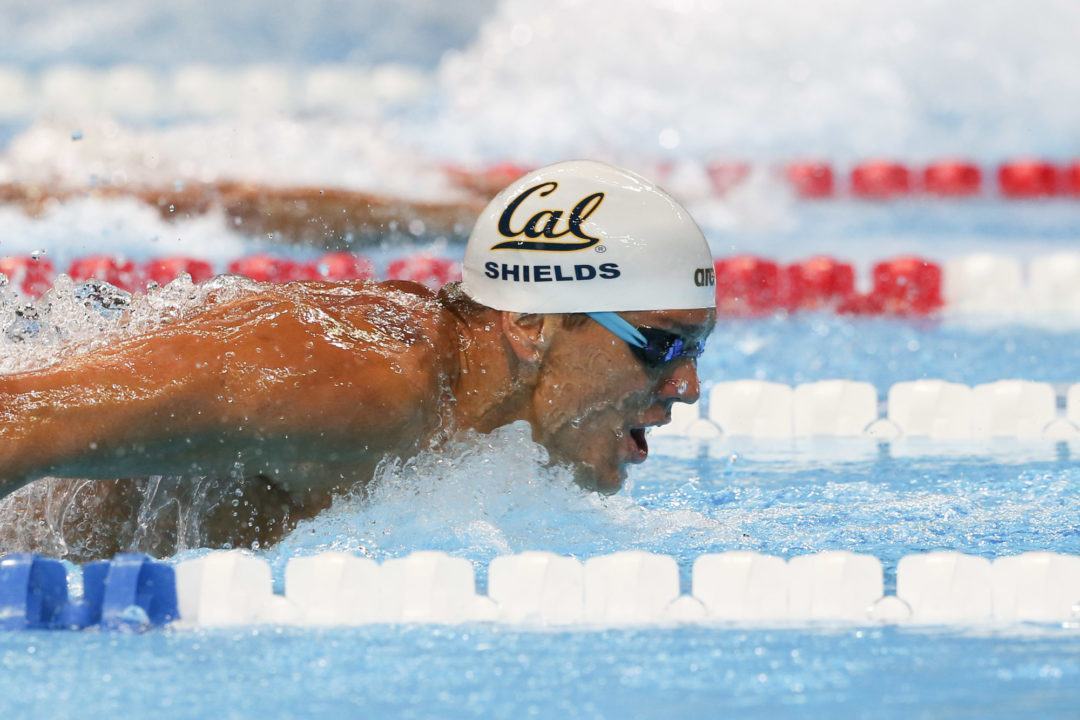 Shields popped a 43.84 to win the 100 fly at U.S. Winter Nationals last week, becoming the first man ever under 44 seconds in the event. Archive photo via Tim Binning/TheSwimPictures.com

Before he was a U.S. Olympian, he was considered a short course specialist who might never make waves on the international level.

For an 11-time NCAA champ, Shields had plenty of doubters. One of the world’s best underwater kickers, Shields was an absolute monster in the short course pool. But some fans considered his swimming too reliant on underwaters to thrive at a similar level in the long course pool, with half the walls on which to crush the field.

The summer of 2016 (and, to be honest, the two or three summers before it) were about Shields proving all those doubters wrong with top-5 world ranked times in the 100 fly internationally. This past summer, he proved he belongs on the international stage by making the U.S. Olympic team not only in the 100 fly (one of the most loaded races at U.S. Trials) but also in a 200 fly that featured eventual Olympic champ Michael Phelps and a crowd of young talents.

Now, the winter of 2016 has been about Shields’ return to the short course pool where he’s gone from downright scary to… well, I guess downright scarier.

Shields popped a 43.84 to win the 100 fly at U.S. Winter Nationals last week, becoming the first man ever under 44 seconds in the event. That’s about two tenths faster than anyone has ever swum the race, breaking a record set by Olympic champ Joseph Schooling. It also provides a fitting cap to an Olympic cycle that has seen Shields go from a fan-maligned “short course specialist” to a swimmer who is continually proving that he’s just plain fast – no matter what the course.