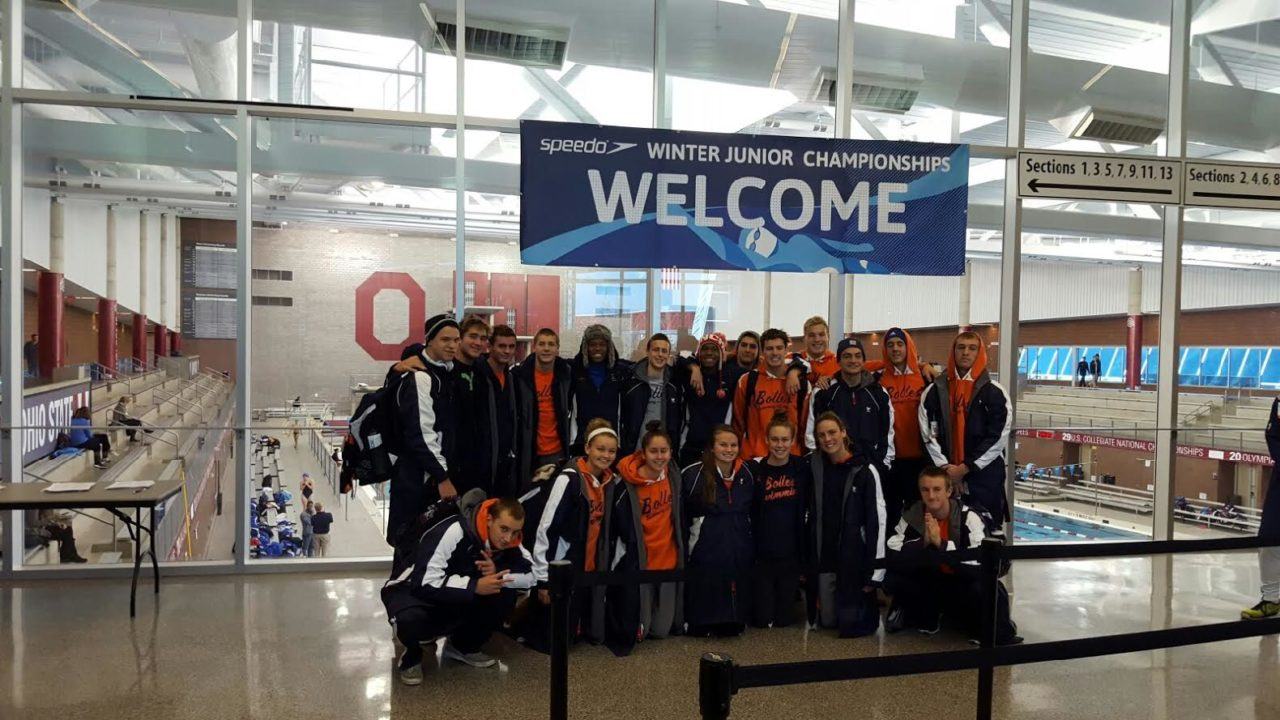 Swimming news is courtesy of Bolles coach Jeff Pishko. Pishko is a Senior Assistant with the Bolles Swim Program and has been coaching at the national level for nearly 20years. You can follow the Bolles School Sharks on Instagram, Facebook and Twitter.

Coming off a sizzling Fall High School season, the Bolles Sharks boys are looking to repeat as team champions at Winter Junior Championships (East) this week, while the girls will be looking to improve off their 9th place finish last year.

In a deep and fast field this year, the Bolles boys will have their work cut out for them, but they have high seedings in a number of individual events and relays, led by Olympic Trial qualifier and Cal commit James Daugherty. Additionally, a group of boys that includes Will Davis, Ariel Spektor, Nick Hackett, Matt Serra, John Hutton, and Paul DeGrado will also factor prominently in Bolles’ push for 1st place. Relays will obviously play a big factor in their success, and it certainly doesn’t hurt that none of the boys relays are seeded lower than 2nd.

On the girls side, Bolles is led by senior Abi Wilder , an Olympic Trials qualifier who recently committed to Auburn, and Kensey McMahon. Wilder is seeded 2nd in the 200 back and 20th in the 100 back, while McMahon is seeded 11th in the 1650 free and 14th in the 500 free.