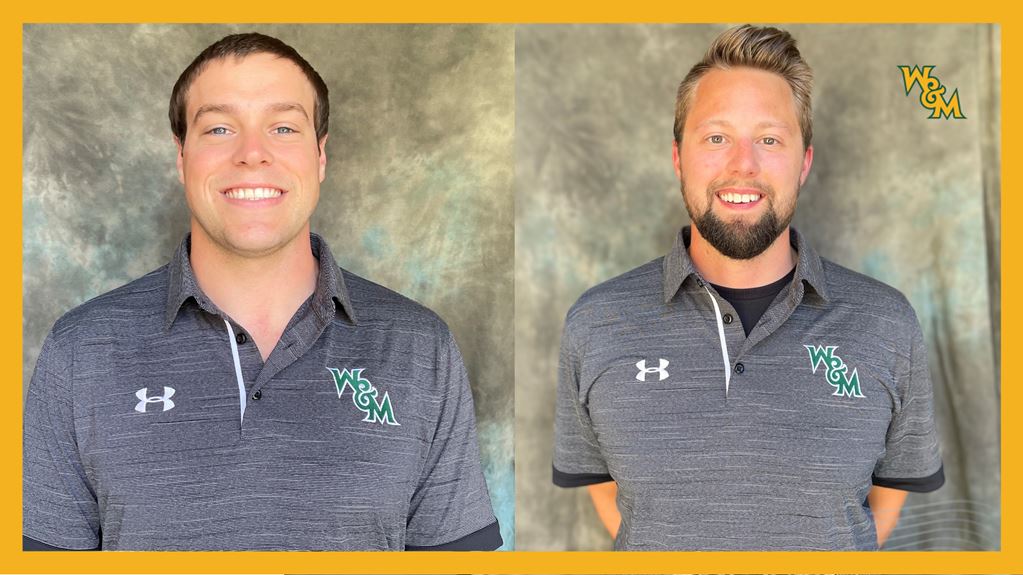 The William & Mary Tribe announced two new coaches would be joining the staff, with Mike Williams and Colby Kubat both coming on board for 2021-2022. Current photo via William & Mary Athletics

The College of William & Mary swim team announced today that Mike Williams would be joining the staff as a new addition for the 2021-2022 year alongside Colby Kubat.

William won’t have to move, as he’s spent the last year in Williamsburg as a coach with the Coast Guard Blue Dolphins. From 2018 to 2020, Williams lived a few hours inland, coaching with the Virginia Gators of Roanoke, Virginia. Before that, Williams was the head coach fro the Cape Fear Aquatic Club, and he’s also coached with the Waves of Wilmington and the Marlins of Raleigh in North Carolina.

In addition to his time as a club coach, Williams also has prior experience coaching at the Division I level. He served as a volunteer coach with W&M’s CAA-rival UNC-Wilmington, from which he graduated in 2013 and coached the following season. After that year, he made the in-state move to NC State, focusing on the distance group in a volunteer role. That 2014-2015 season culminated in the Wolfpack men winning their first ACC championship in decades, and starting a streak that lasted until Louisville barely edged NC State this year for the team title.

It’s worth noting that Williams’ career thus far shares a lot of similarities with a well-known head coach just a couple hours up I-64: the University of Virginia’s Todd DeSorbo. Like Williams, DeSorbo is a UNCW alum (1999), also coached at his alma mater, was head coach at Cape Fear (2005-2007), and coached at NC State (in a paid position) from 2011-2017, when he was hired at UVA.

While UVA has surged under DeSorbo, culminating in a women’s NCAA championship and putting several women on the US Olympic Team, Williams will be joining a W&M team that is largely trying to get back on track after a tumultuous couple of years.

Just a year after longtime head coach Matt Crispino made the move to Princeton, the school eliminated swimming at the beginning of the last college season, only to fully reinstate the eliminated programs at the end of the season. The reinstatement came after a fundraising and political push by alumni of swimming and other impacted programs that included the resignation of athletics director Samantha Huge.

Perhaps unsurprisingly given the turmoil, the men’s team team saw its six-year streak of CAA titles come to end in 2021, finishing 4th out 5 teams, although the women finished 2nd out of 6 teams in the Colonial Athletic Association, with Kellogg named co-Head Coach of the Year in the conference.

Now they just need to find a coach named Shannon Mary and they will be complete.