What All Great Breaststrokers Do (that the rest don’t) 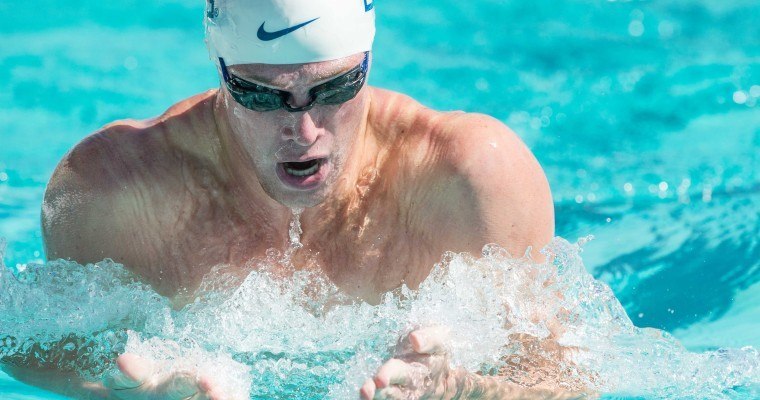 The world of breaststroke has always been quirky, idiosyncratic, individualized, and just plain weird. These days, the variegation of breaststroke styles has gone wild. Here are the differing styles of elites... Current photo via Mike Lewis/Ola Vista Photography

See video of this drill here.

· some, like Cordes and Seliskar take four strokes per lap, while others, like Meilutyte and Peaty have fast turnovers and high stroke counts.

· Some stay low, others pop up high;

· some porpoise, others stay flat;

· some finish their kicks by touching their feet together, others slide right into the next kick while the feet are still apart;

· some kick wider, some kick narrow and straight back; some pull wide and deep, others sneak the hands back shallow and narrow;

· some recover with the hands touching, while others remain wide through the recovery or even scull inward actively while pressing forward;

· some start the next pull before fully extending or locking the arms, while others lock tight out front between armstrokes;

· some keep the elbows in front of their faces, others press them back into their sides.

With all the diversity of effective breaststroke styles, we coaches are left scratching our heads. Which style should we coach? How can we know from the outset which style will work best for a particular swimmer once he masters it? Across the chaotic array of elite breaststrokers’ styles, is there a common thread? I believe there is. First, some well-known commonalities of great breaststrokes.

– they tend to keep their heads still (though the position varies swimmer-to-swimmer);

– they tend to be quick getting their hands through the “top” of the stroke, i.e. they don’t pause with their elbows at their sides or under them or when their hands are at the closest point to their chests in the stroke cycle as many novices do;

– the propulsive phase of the kick is extremely fast (whereas the duration of the “glide” and recovery phase vary a lot);

– the initiation of the pull (the front catch) is explosive;

– the ankles generally show great flexibility with extreme lateral rotation of the feet during the power phase;

– and the hips are generally the axis of rotation for the body, meaning the hips stay at the same depth throughout the stroke cycle.

But in addition to these commonly cited aspects of most great breaststrokes, I believe there is another, less often cited and less well-defined commonality that distinguishes the greats.

From watching Andrew Wilson whoop up on the breaststroke field at D3’s this year to analyzing other record-setting performances on YouTube, there is one very specific, common characteristic across all the great breaststrokes. As disparate as Moses, Hansen, Kitajima, Rickard, Cordes, and Peaty’s styles are, they all do one thing the same. And it’s not just the men: while Heyns, Jones, Soni and Meilutyte all have distinctive styles, they do it too. Not only do the great breaststrokers all do this one thing, but the rest of the field does not: I believe it’s a distinguishing factor. In any given race at elite levels, you’ll see the people who are winning doing this better than the rest of the field.

How Can We Assess and Measure “Connectedness”?

(1) body position (relative to the surface of the water, the length of the pool and the width of the lane);

(2) the way a swimmer moves (i.e. the changes in position of various parts of the body relative to one another);

(3) the timing of those movements relative to the clock and relative to one another (i.e. how long each movement takes and how the movement falls chronologically in the sequence of movements that constitute a stroke cycle); and

(4) force, which must be measured with highly specialized instrumentation or approximated through myriad measurements usually too numerous to be feasible for a coach (such as distance per stroke, timing the propulsive phase of the stroke, and correcting for confounding variables with other measurements).

Breaststroke analysis most often favors (1) body position and (2) the movements, with some very particular aspects of (3) timing commonly cited. The problem for coaches and swimmers who want to know how to approach breaststroke technique is, as noted above, even the greatest breaststrokers are all over the map on (1) body position and (2) the movements. The aspects of (3) timing that are often cited are:

– the speed of the back-kick,

– the overall duration of stroke cycle (turnover/length of “glide”),

One of the more elusive and less well-defined components of an effective breaststroke is the notion of “connectedness” between the front end (arms, head, chest) and the back end (hips and kick). The idea of connectedness describes the desirability of using the front end of the stroke to effect greater propulsion from the kick through some kind of transfer back through the middle. In grasping for keys to connectedness, we coaches will talk about staying tight through the core, keeping the hips “forward” (posterior pelvic tilt), pressing the chest, etc.

I believe there is an observable, measurable indicator of connectedness common to all the great breaststrokers: the initiation of the “press” immediately precedes the initiation of the power phase of the kick; this can be observed by watching the shoulders and chest press down and forward from the apex of the stroke.

What All Great Breaststrokers Do (that the rest don’t)

As a coach, I seek to teach and train my swimmers to effect this “connectedness” with a drill that I’ve found to promote this way of swimming: one-arm breaststroke using a “stick” (an 8 inch PVC pipe or large wooden dowel), switching hands each stroke cycle. So, the swimmer passes the stick from one hand to the other when fully extended out front and pulls with only one arm (the one not holding the stick) while the other arm stays extended holding the stick out front. This is only one approach in attempting to teach the timing of the press relative to the power phase of the kick. While I have found other verbal cues that can work for individual swimmers, I am eager to learn or discover other ways to train swimmers to initiate the press immediately prior to the back-kick.

While the great breaststrokers have myriad techniques, I believe this indicator of connectedness, measured by the initiation of the press immediately preceding the power phase of the pull, is one common feature of great breaststroke technique across the board.

Bridger Bell is in his first year coaching with Johns Hopkins and is also the head coach at St. Paul’s School in Brooklandville, MD. Prior to that, he coached at The Westminster Schools in Atlanta, where his boys and girls teams each won Georgia High School State Championships.

Bell served for six years as the National Director of Collegiate Club Swimming for the American Swimming Association, presiding over its growth from four to sixty-eight teams across the country and holding over 40 regular-season meets, seven regional championships and a national championship each season. Bell has been a competitive swimmer himself all his life and was a USMS National Champion and USMS All-American in the 2-mile cable swim. He was featured as a coach in the July and August 2014 issues of Swimming World Magazine. In addition to high school and now NCAA teams, Bell has coached summer league, collegiate club, USA Swimming, Masters.

Very interested coach here…. Is there a video anywhere of someone doing the drill? I coach a few swimmers that suffer from poor connectedness and would love to integrate it into a workout.

Yes, please, I am having hard time figuring out how that drill helps.

I only wish I was in the room with Psychodad when he reads this to witness an occurrence of spontaneous combustion.

What? No combustion here; just admiring this wonderful article. Connectedness IS the key, in addition to the way you position your body before the press..

“I believe there is an observable, measurable indicator of connectedness common to all the great breaststrokers: the initiation of the “press” immediately precedes the initiation of the power phase of the kick; this can be observed by watching the shoulders and chest press down and forward from the apex of the stroke.”

Indeed!!!! That is why I am always against go to streamline quick and then kick hard preaching – makes no sense. You kick before your get to streamline position! It is the gravity stupid!

You cannot swim breaststroke if your focus is on kicking mostly. Cordes is as good as he is because of the press, that Bridger talks about. If you watch Cordes closely, his body type and his press allow him to get “dry back” on every stroke; he swims very close to the surface. He gets the most out of his kick because of his press and dry back – and he is exceptional because of that. Not enough on world level though.