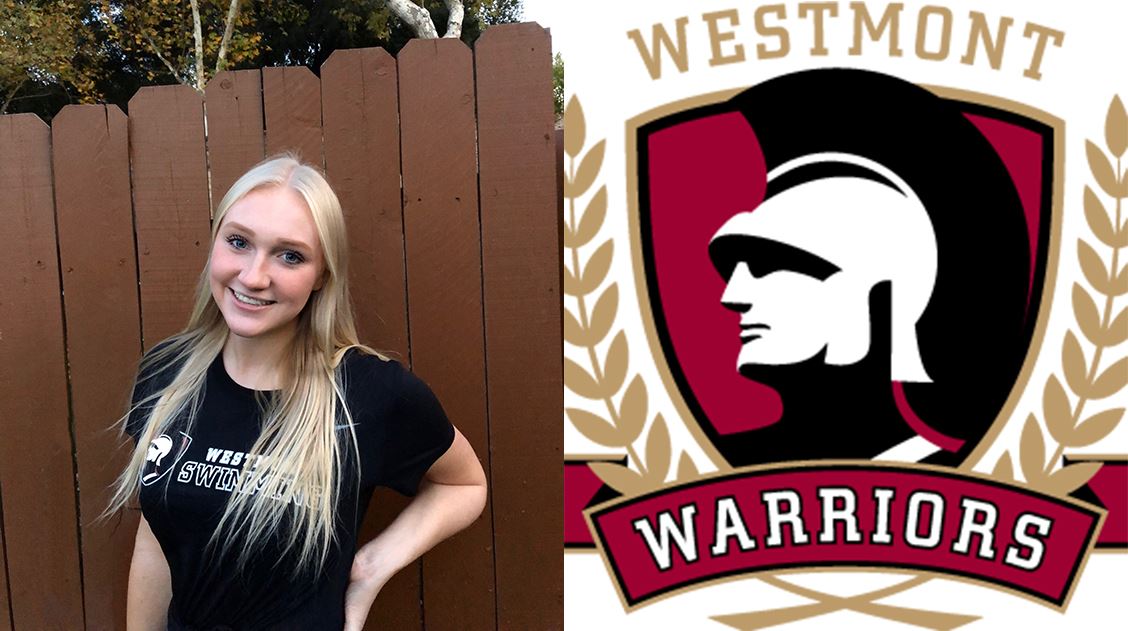 Larsson is the second recruit to sign for Westmont women’s swimming this week and the third overall from the high school class of 2021. Current photo via Emmeline Larsson / Westmont Athletics

(SANTA BARBARA, Calif.) Emmeline Larsson of Chino Hills is the second recruit to sign for Westmont women’s swimming this week and the third overall from the high school class of 2021, head coach Jill Jones Lin announced.

“Emmeline is an incredible addition to our team and I am thrilled to have her join us next year,” Jones Lin said. “She is highly motivated and an all-around great teammate.”

Larsson is a senior at Ruben S. Ayala High School, where her team has twice gone undefeated in dual meets. She has qualified for the CIF-SS Championships having twice placed first in races at the Palomares League Championships. Larsson, who has set four Palomares League records, holds personal-best times of 25.61 seconds in the 50 free SCY and 56.45 seconds in the 100 free SCY.

“What I am most looking forward to about swimming at Westmont is being a part of a team of tightly-knit women who encourage each other’s success and improvements, in and out of the pool,” Larsson said. “The team supports you toward personal improvement and the coaches work with you personally.”

When visiting campus, Larsson immediately fit in with her future teammates.

“Emmeline is a ball of light,” sophomore Emma Leathers said. “We connected instantly. I know her sweet spirit will carry her very far during her time at Westmont and beyond.”

Larsson’s time on campus also got her excited for her future as a Warrior.

“The most appealing part about Westmont to me is the atmosphere of the campus culture and the presence of God through everything,” Larsson said. “It is going to be very cool to go to a college campus with people who have the same values as me.”

Larsson, who swims club for Bi-County Regional Elite Aquatics (BREA), said she is planning to follow the pre-med track at Westmont “with the goal of going on to medical school after completing my bachelor’s.”

“Another major appealing factor (about Westmont) is the emphasis put on academics, which is something I also put a high emphasis on,” Larsson added.

The Chino Hills native joins Ella Chaisson and Olivia Garrison as future Warriors. Their future team is scheduled to compete in a virtual dual meet against Simpson on Dec. 12.